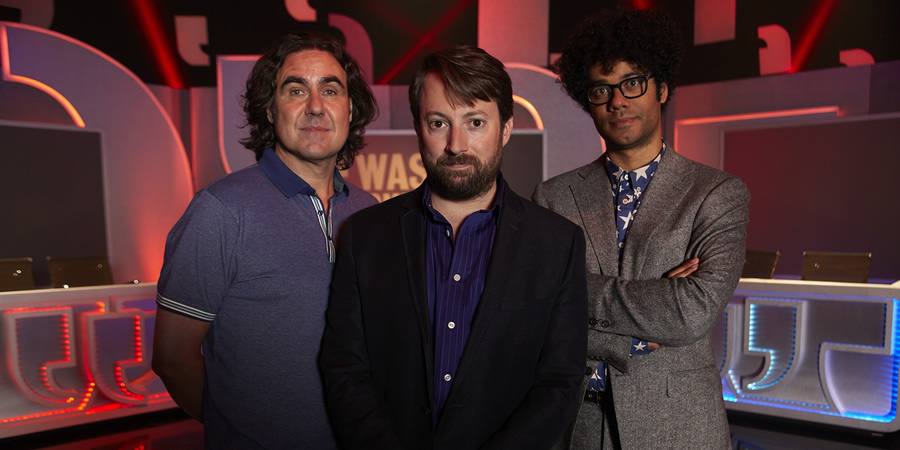 Was It Something I Said?

Two teams, captained by Micky Flanagan and Richard Ayoade, are pitted against each other in a battle of wordplay; answering questions based on sources including quotations, tweets and autobiographies, as well as some of the teams' very own one-liners to test their verbiage mettle.

Featured quotes are read out by a guest narrator every week, with Charles Dance, Phil Daniels and Mariella Frostrup amongst those taking this role.

Was It Something I Said? incorporates the first use of Twitter as a dedicated playalong companion for a TV show. Viewers are directed to the show's Twitter account (@somethingIsaid) by David Mitchell and encouraged to answer questions at the same time as they are put to the TV panellists. The more answers that a viewer gives, the more extra bonus content they unlock - including behind the scenes clips and deleted scenes, as well as funny pictures, animated GIFs and bonus facts and jokes from the show's panellists.

The show's rounds are:

Threesomes: The panellists must match a series of quotes to one of three famous people.

Complete the Quotation: Played over the advert break, the teams and audience at home must complete a famous quotation.

Keywords: The panellists are given a few keywords and must work out the famous quotation.

What Are They Talking About?: The teams hear a quote taken out of context and must then work out what it is really about.

Was It Something I Said?: Quotes are read out. Are they from one of the panellists, or the show's "virtual guest" (e.g. Piers Morgan).

Was It Something I Said? Trailer