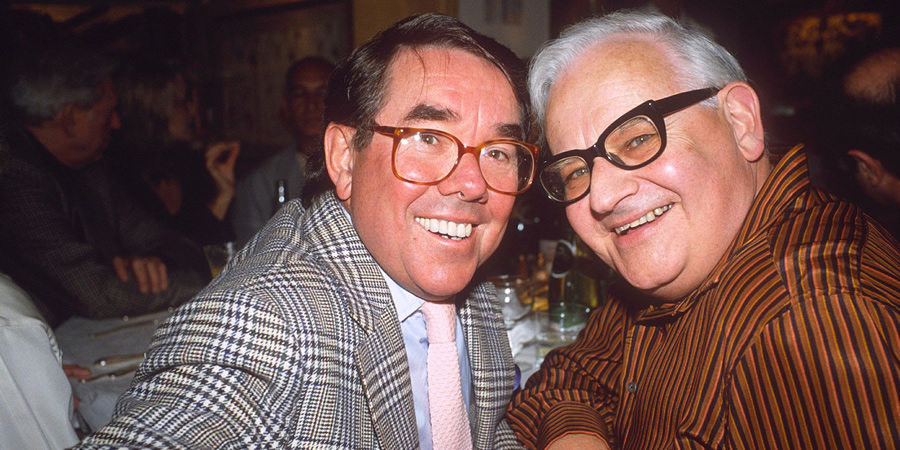 The Two Ronnies: In Their Own Words

This nostalgic delight celebrates the lives and careers of one of Britain's greatest ever comedy pairings, telling the story of Ronnie Barker and Ronnie Corbett by delving into the archives and piecing together some of the best footage they ever recorded.

As well as digging out great performances, chat show appearances, and rare and long-forgotten archive material, the programme also features contributions from family, friends and colleagues. The stories behind these two legends of British entertainment are told in their own words and by those who knew them best.

The background behind their television debut is revisited - it was another broadcasting giant who first spotted their potential as a double act and put them together for the first time in a mere four-word sketch. It was a simple technical breakdown at the BAFTAs that led to one of the greatest decisions in comedy history.

Among the secrets revealed is the story of how one of the biggest disasters in the West End changed Ronnie Corbett's life forever. Another revelation is how, in a Chinese restaurant in Wembley, Ronnie Barker came clean about a secret that he had kept hidden for years, even from Ronnie Corbett. The show relives the duo's meteoric rise and celebrates the legacy of one of the most successful comedy acts in British TV history.

With its memorable format - including sharp sketches, pismronunciation, meandering monologues and bespectacled news anchors - The Two Ronnies was event TV, reaching an audience of 17 million at its peak . The story of The Two Ronnies is a fantastic tale of two true giants of the small screen - and who better to tell it than The Two Ronnies themselves?