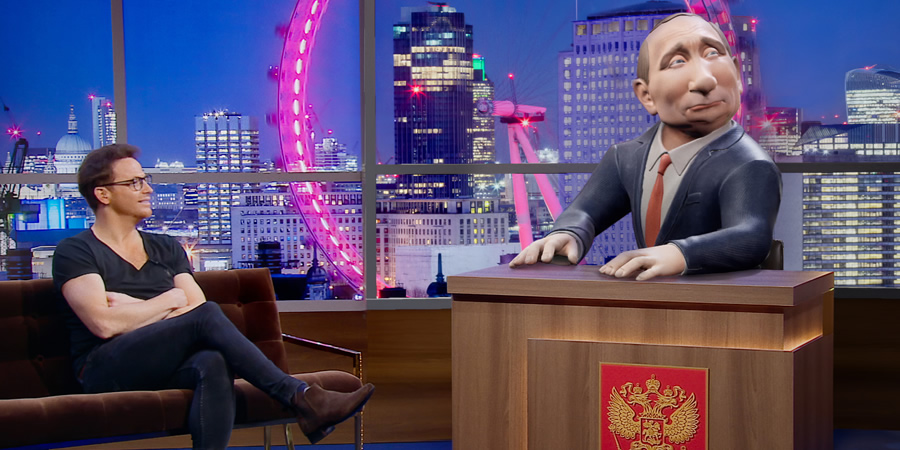 Forget global politics, landing two pilot episodes on BBC Two of his soon to be world-famous chat show marks the ultimate victory for Vlad, leader of the free world.

Tonight With Vladimir Putin is a semi-scripted comedy chat-show format - with a significant twist. In a television first, ground-breaking live VFX, created using performance capture technology, developed by creative studio Framestore, enables a 3D digital cartoon of Putin to walk around and sit behind the desk, interviewing real human guests in front of a studio audience, all in real-time.