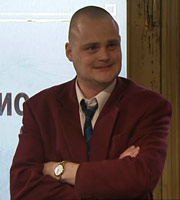 Although posessing clear latent homosexual tendencies, the Guv constantly protests that he was "never confused". A misguided patriot to the core, he hates the French, the Germans, garlic, Brussels, and any challenge or change to the order that he is comfortable with.

The Guv is constantly crippled by the trauma of his wife having left him, taking his beloved son, Carl, and running away to France. 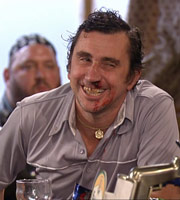 Despite having no appreciable form of income of financial support, he happily - or perhaps ignorantly - drinks hundreds of pounds worth of alcohol every week, and often finds himself barred for dressing up or in some way experimenting with the pub dog, Gary.

Although he has personal hygiene that would disgust a homeless man, constantly farting loudly, scratching himself, and generally appearing as if soap is an entirely alien substance, Terry seems to believe that he is irresistible to females, often proclaiming that "that is the woman I am going to marry" - but equally regularly effectively conceding his sexual failings with the ominous line "A mouth's a mouth". 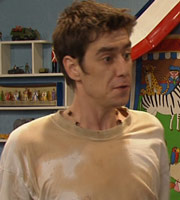 He often claims that the "bar work's only temporary", but fails to show more than a dull glimmer of intellect or common sense, and certainly no capacity to fulfill even the job he has, let alone any other. 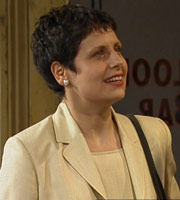 Despite having never pulled a pint in her life, Vicky Jackson has found herself regional brewery rep, heading 'up to 8 pubs' in area - not that much of a surprise, as said brewery is owned by her father.

Both emotionally and sexually naïve and repressed, Vicky ends up becoming pregnant by the Guv's Uncle Barrie, another local publican, and reluctantly taking up home with him.

Along with her repressed emotional state comes a certain amount of bottled anger, but for the most part Vicky is irrepressibly cheerful - she can often be found singing the jingle from an advert, a TV theme tune, or a popular song. If only someone else could ever remember what she's going on about...

AKA: Pops.  Played by: Roy Heather 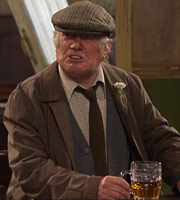 The Old Man is indiscriminate of age, but never fails to lament on his lack of death. Whilst little clue is ever given as to his background, it is nevertheless always clear that he longs to receive a visit from the reaper. 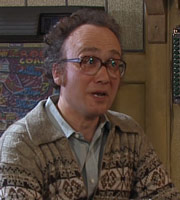 The Prof (it's actually "more of a nicky-name") is the pub's resident repressed nerd. Although somewhere in his mid-40s, he still lives at home with his domineering, God-fearing mother.

Rejection and maternal smothering have warped Algernon: a closeted homosexual, his time outside the pub appears to consist largely of flashing lone women and perhaps the odd spot of murder. 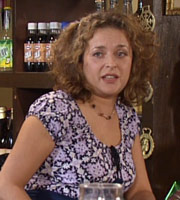 Janet is the Guv'nor's saviour: an Australian backpacker looking for enough cash to buy a ticket back home, she can perform any task around the pub at the drop of a hat. After all, as the Guv says, Aussies are "bred for bar work - it's instinct: iiiiiiiiiiiiinstinct!"

Janet often offends the Guv's conservative and repressed sensibilities, never failing to lament how long it is since she last had sex, and making frequent reference to her previous boyfriend's unwashed genitals. She's desperate to be taken by Steve, but he is just not interested. 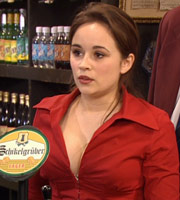 A stressed student looking to help her finances along with a bit of bar work, Connie is often to be found worrying about her latest exam or essay.

Her pretty, petite young frame proves particularly alluring to the Guv ("so young, so pure"), who soon falls under her spell; Terry, however, finds her perfect appearance repulsive.

Unlike Janet, Connie has no connection with the bar or her work, begrudging or otherwise. However, at certain points she does highlight a certain soft spot for the regulars, and even for the Guv. 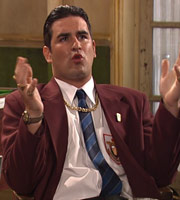 Greg Thompson is the oafish, sexist, loathesome landlord of nearby rival pub the Queen of Hearts. Running a successful establishment with Tex-Mex, carvery, car park and a beer garden, he's been the envy of the Guv - whom he refers to as 'Slops' - since they were students at Landlord Academy together.

Greg keps snakes as pets, and can often be found with at least one beautiful young barmaid on each arm. After all, as he constantly reminds anyone who'll listen, "I'm implying I've got a massive cock."