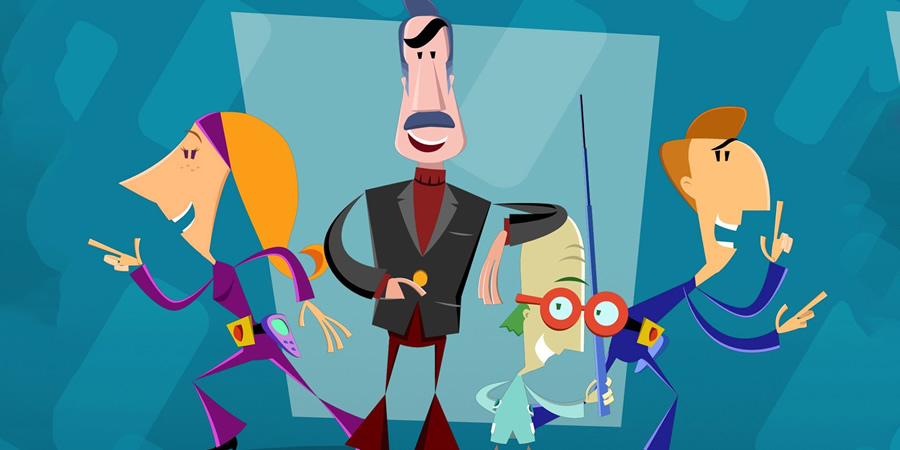 Comedy adventure series for 7 to 12 year-olds.

Victor and Anita are helped - and hindered - on their secret missions by Professor-Professor and his 'totally untested and highly dangerous' gadgets. Thankfully, Special Agent Ray heads a competent back-up team to assist them. They are all answerable to the boss, a man so secret that his name, for reasons of security, is 'Changed Daily'.

Victor and Anita make the perfect secret agent team. Together they thwart The Floaty Heads, defy gravity-stealing aliens, diffuse a giant Bogie Ball and halt the destruction of the universe by The Trousers of Doom. They Flick the Switch discover The Secret Room and above all defend The Secret Thing from all intent on unlocking its secret.

The Secret Show is simply packed full of secret things. The show itself hides behind Sweet Little Granny's nauseating pre-school TV format The Fluffy Bunny Show. The time slot for this pre-school show is stolen each week by The Secret Show! Secret codes are etched on walls and fluffy bunnies are hidden, for budding secret agents to spot. And there's a different 'secure' hiding place for The Secret Thing to be discovered in every adventure. All these secrets unlock extra Secret Show material online and on DVD.