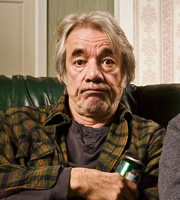 Tom is a survivor of the Sixties. Just. He's an emotionally immature man for whom life doesn't exist unless he's the centre of attention. He has serious issues with abandonment and is chronically afraid of being on his own for any length of time.

Tom is an anarchic figure who is no respecter of authority and has a wilful disregard for convention. He's pretty well unemployable now and, after several failed relationships and some lonely years in a bedsit, he has found some solace in the company of an old friend Roy, who has kindly taken him in.

For all his impossible behaviour, Tom is a lively and amusing presence and brings some sparkle to Roy's somewhat dour existence. They both spend a considerable amount of time fantasising about their neighbour, Sally, and entertain unrealistic hopes of winning her. They are both equally obsessed and competitive in their adoration.

Tom also has a daughter from an early marriage, who is constantly trying to teach him to be a good father. 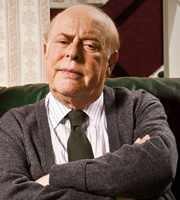 Roy is in his mid to late sixties, retired on a passable pension, but recently divorced from his wife Penny, for whom he hankers, but with whom he was childless. Even so, Roy is very much a "Dad".

This characteristic partly accounts for him taking feckless Tom Finnan into his lovely house; and certainly colours his attitude towards Tom's neglected daughter, Amber. The trouble is that Tom, although also in his sixties, behaves like an untrained (and often senseless) over-exciteable dog; or an emotionally retarded adult, desperate to live as perhaps he once did 40 years ago. 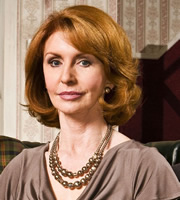 Sally is extremely well-meaning but pretty self-centred and maybe not as warm as she might like to think herself.

Sally lives alone, but has a 30-year-old son, Steve: she seems rather keen to get him off her hands as soon as possible, and tries, with some success, to fix him up with Tom's daughter, Amber.

Sally is a tough character with some extremely non-PC views, and doesn't suffer fools gladly. She's fond of Roy and Tom, finds them rather amusing and is aware of their being attracted to her, using it to her advantage when wanting help in preparing a party or putting up a shed. She wouldn't, though, for a moment consider returning the affection in anything other than a neighbourly fashion. 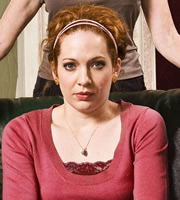 Amber works for a tobacco firm but has never smoked herself because it's bad for you. She is always searching for an identity, picking up boyfriends and hobbies as she goes, and constantly seeking her father's love and affection.

Emotionally, Amber is still a child, and her neediness and self-centredness can be exhausting, but ultimately she is a very caring and loving daughter.