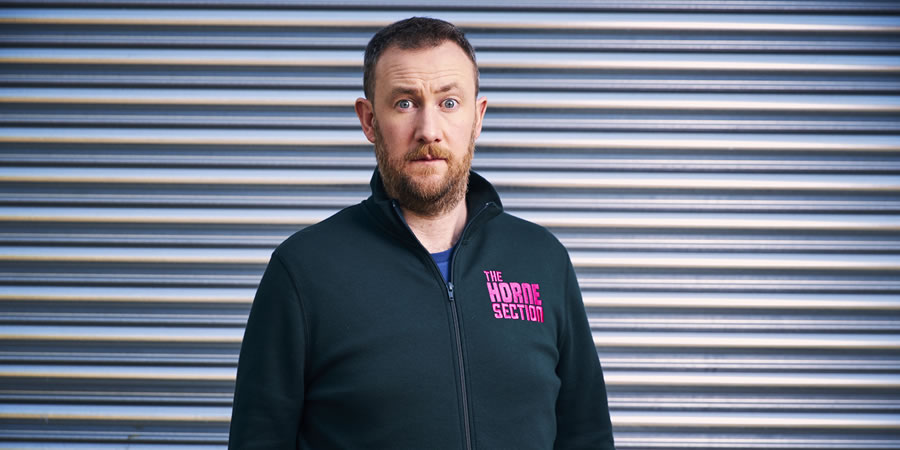 Alex Horne talks about bringing his band to channel Dave for a two hour special...

Why are The Horne Section making a TV show?

We are 100% certain that comedy and music have never been combined before on TV. So we thought, "Why not bring them together on The Horne Section Television Programme?"

How did the recording go?

It was genuinely amazing, the most memorable bit of performing I've ever been part of.

We filmed it at the London Palladium, which was surreal. It's such a wonderful, historical venue. The theatre has 2,000 seats, but no one is far from the stage so there's still an intimate atmosphere.

The Palladium is in the very heart of London, and you're feeding off that energy. If it never happens again, I don't care. When you see your name on the front of the London Palladium, you feel like you've had a good day.

Why did you choose to film at the London Palladium?

Well, it's got excellent changing room facilities. Also, we were keen to muck about with the traditional Saturday Night At The Palladium style programme. We do want it to be a variety show but also a surprising and modern one so it just seemed like the ideal venue. We can play with expectations there.

Can you give us an example of that?

As you'll see in our section with Sue Perkins, we have tinkered with the conventions of showing one person's performance entirely linearly. That obviously doesn't make much sense written down but that's why you should watch the show. 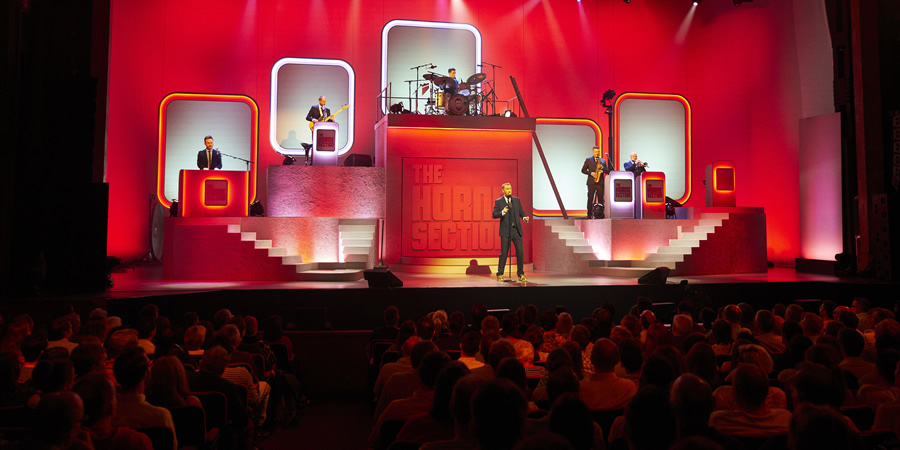 The London Palladium is a venue full of showbiz history, isn't it?

Absolutely. I'm a big fan of Sir Ken Dodd [Alex chose the comedian as his specialist round on Mastermind], and the Palladium was his second home. The Horne Section is in many ways old-school variety show, as were all his shows. So, in my head, this show was very much a nod to him.

What do you hope Dave viewers take away from The Horne Section Television Programme?

The show lasts two hours, so viewers will need snacks and liquids.

I hope it keeps surprising people. Something new happens around every corner. It's not like a traditional variety show where a musician comes on and plugs their latest single. If it doesn't make you laugh, at least it'll sound great. And if it doesn't sound great, at least it'll look great. All bases are covered. Especially if you have snacks and liquids.

We have some fabulous guests, too. Throughout my career, my main skill has been to collaborate with people far more talented than I am.

There are some superb guests on The Horne Section Television Programme. Your dance to 'The Promise' with Nadine Coyle from Girls Aloud was particularly memorable...

I've watched that dance back, and I have to say, it's fairly embarrassing for me. I watched the original routine over 80 times on YouTube and practised it for a month. I really thought I'd nailed it. But it turns out I didn't nail it. I think if anything I got too into it. Also, I can't dance. 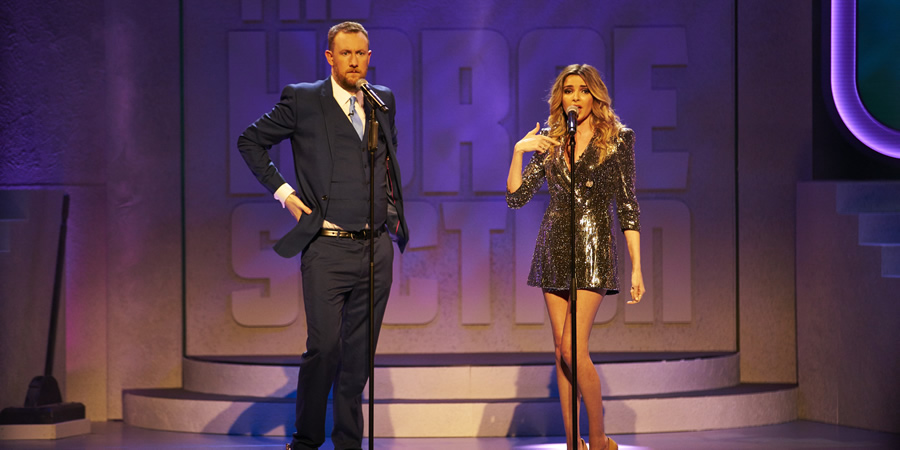 What did Sara Pascoe do on the show?

We've always had comics come and play with the band and Sara did that brilliantly. We like to ask people to do their normal routine, but incorporating a band somehow. Sara told a very funny story about going on a yoga retreat in Costa Rica, but with music. It really worked. Her dad is a jazz musician and she's got great voice. Especially compared to me. What is great is to watch something that works as pure stand-up transformed into something completely different by music.

How about Joe Wilkinson?

Joe plays his own game. On stage he was far less enthusiastic about the band chipping in. He read from his autobiography, but with musicians playing in the background. Music was much more incidental to his routine but it's still there, subtly shaping it. He's one of my favourite comedians, and having both he and Sara on was a very good way of showing the different ways you can use comedy and music.

How did The Horne Section first come about?

About nine years ago, I became a dad for the first time. For me it was an odd time work-wise when I thought a lot about trying something different. I was asked to do a ten-minute comedy routine with a band at Ronnie Scott's. It was the first time they had done comedy. I was performing with these brilliant musicians, and it was really fun - hopefully for the audience too. 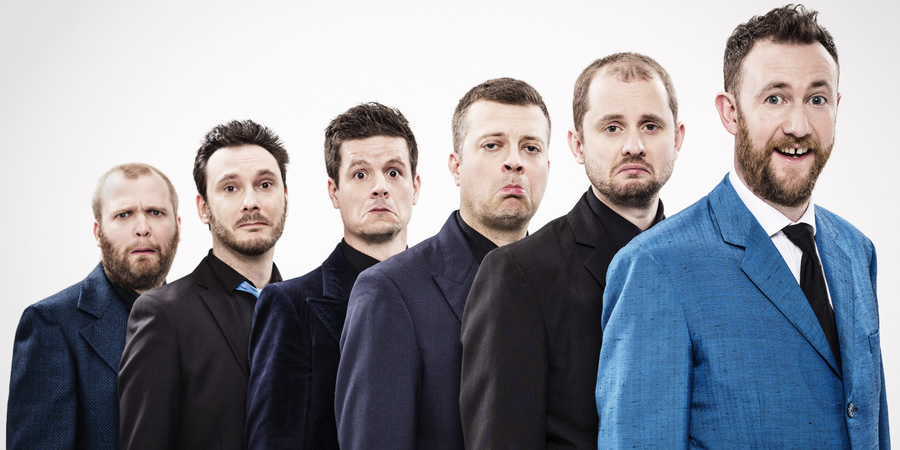 Mark from the Ronnie's band got talking with Joe and Ben - the trumpeter and drummer who I've known all my life - and found Will, the bassist. The pianist whose name I often forget came along later. We booked six shows at the Edinburgh Festival, performed some very unrehearsed shows at midnight, and I got anyone I knew from the comedy circuit to come and do something with us. We clicked straight away. It was really exciting.

Why does The Horne Section work so well?

I just think live music improves anything. Comedy is traditionally one person with a microphone, but anything on top of that just gives it another dimension. What I enjoy about music is the jokes between songs. And what I enjoy about comedy is when something extra happens. Hopefully we've got that blend right.

The on-stage chemistry between you and the five band-members is tremendous, isn't it?

I hope so. It helps that they're really good musicians. But we're also very good friends, so I don't like saying that they're really good musicians. Also, I can be not very nice to them on stage, and they know it's a joke. I trust them completely. I know if I ask them to give me some sad music, they'll play a brilliant bit of sad music straight away. They deserve some credit - frustratingly.

There is a close bond between you all off stage as well, isn't there?

Over the last nine years, we've been through so much together. We've been through marriage and parenthood. I've known Ben and Joe for nearly 40 years. Our mums are best friends and all come to the gigs together. It's worryingly close-knit.

Alex on his fellow band members... 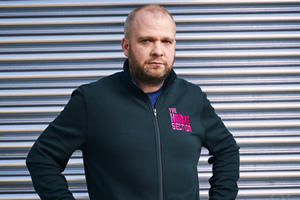 "He became a dad three days before the recording, which was a relief for us because that meant he didn't have five pints before the show." 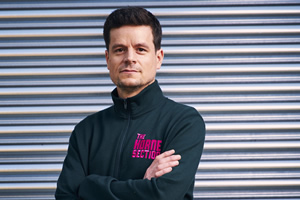 "He's the best-looking, so I always put him a long way away from everyone else. In this show, he is on a three-metre-high platform above me so is quite difficult to spot." 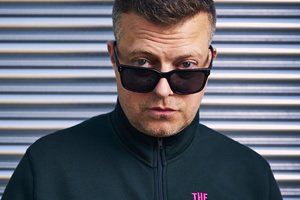 "He's always furious and can really sing so I don't let him near the main microphone and keep reminding him that I'm the lead singer." 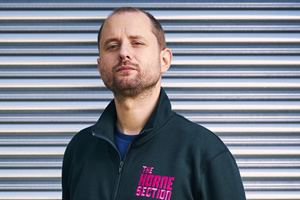 "He has his own jazz septet which is an extraordinary idea; they play actual jazz and split whatever money that makes seven ways. Genuinely ridiculous." 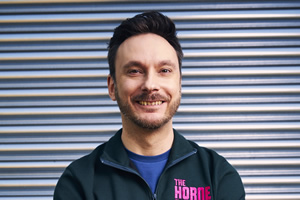 "He used to play on cruise ships so he's the full package; he can dance, play, talk to strangers and sleep in choppy conditions. But he needs a better name."