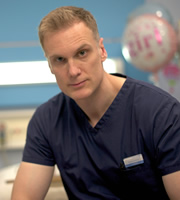 Matthew is well meaning, principled, and motivated. These were qualities that he felt were going to waste in the local police force - he was basically too caring. Undaunted at the prospect of joining a female-dominated profession, he embraced his midwifery studies with unbridled enthusiasm.

He's an archetypal 'goodie' who gets himself into awkward situations through much fault of his own. He is compassionate and funny - but he also tells fibs (mostly white ones).

He's idealistic about the NHS however and tries to compensate personally for its many failings, not realising that this is possibly too great a task for one man.

He's not highly educated, but he's smart and knows a lot of stuff - a big fan of trivia. He is currently single and shares a flat with ex-colleague, Ian, who is still a police constable. 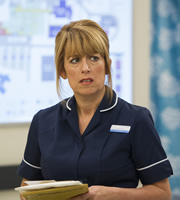 Fighting back a mental breakdown as a result of her recent divorce, Caitlin is not particularly well-disposed towards men generally at the moment. She makes an exception for Matthew however, for whom she develops something of an obsession.

Caitlin can be dry and authoritative one minute, childish and flirty the next. 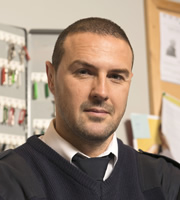 Matthew's former colleague and current flatmate, Ian sees himself as the opposite of his friend - not well meaning, not principled and not caring - but there's a good heart beneath the hard-man posturing.

Ian can't quite believe that his mate has become a midwife, but he can't give him too much stick as Matthew is doing him a big favour by letting him stay at his place after his divorce.

Their living arrangement is for Matthew because when he's late for work Ian can use the blue lights on his car to get him to the hospital quickly.

Ian probably isn't a very good policeman - he's lost evidence and instead of staying on the beat he comes to see how Matthew is getting on.

As the series progresses, Ian is suspended from the force and so joins the hospital team as a security guard. 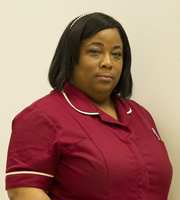 Pat - or 'Fat Pat' as she's called behind her back - is an experienced midwife. She thinks Matthew's up-to-date knowledge on how best to deliver a baby is too soft and slow... her direct methods have always worked just great.

What Pat lacks in bedside manner she makes up for in volume! Comfortingly rude, she's the go-to lady for very tough love realism. 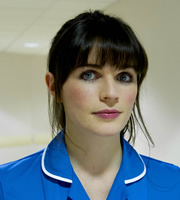 Irish, cool - hard to read at first, she attracts the eye of Matthew right from his first day, but it becomes apparent that she is struggling in a long-term relationship.

Witty and likeable, her bond with Matthew nevertheless grows stronger as the series progresses. 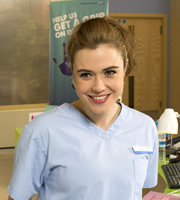 Tash is the youngest member of the team, and takes an instant dislike to Matthew - with his arrival, she resents no longer being the centre of attention. She's not sure that men should enter the word of midwifery either.

Loud, lippy, and with a chip on her shoulder, Tash is a troublemaker with a tendency to exaggerate - or make things up entirely.

Tash also has her own unique way of nursing - for example she reads 50 Shades Of Grey to one pregnant mother in the hope it'll help induce labour. 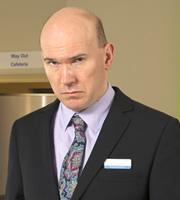 Uptight and unable take a joke well (unless he's the one delivering it), Matthew is determined to break through Mr Edward's exterior and find the inner warmth that he knows is there somewhere.