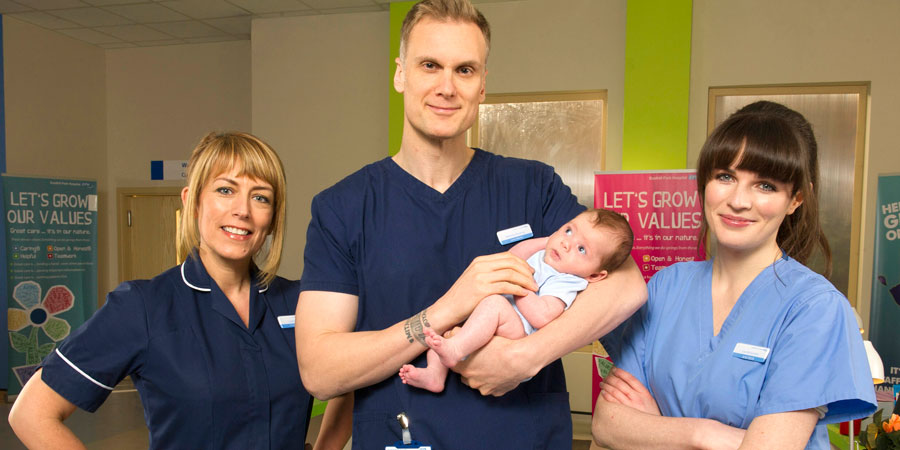 Sitcom from two of the writers and the producer behind Green Wing.

Set on a busy maternity ward, The Delivery Man focuses on a man who changes careers.

Newly qualified midwife Matthew Bunting is experiencing a kind of re-birth, having given up his life as a police constable in his mid-30s in the hope of finding something more meaningful.

He is too warm and caring to be a cop. Arriving in his first job as a junior midwife at Easthill Park Maternity Unit, Matthew makes an instant impact on his new team members.

Matthew has company from his former police buddy Ian who gets suspended from the force and lands a job in hospital security, while his nemesis comes in the shape of senior consultant obstetrician Luke Edward.

The team have to contend with teenage parents, a 'double dad' who has two partners in labour, a pregnant prisoner on release, an incognito celebrity, a major theft from the drugs cupboard and an abandoned baby.