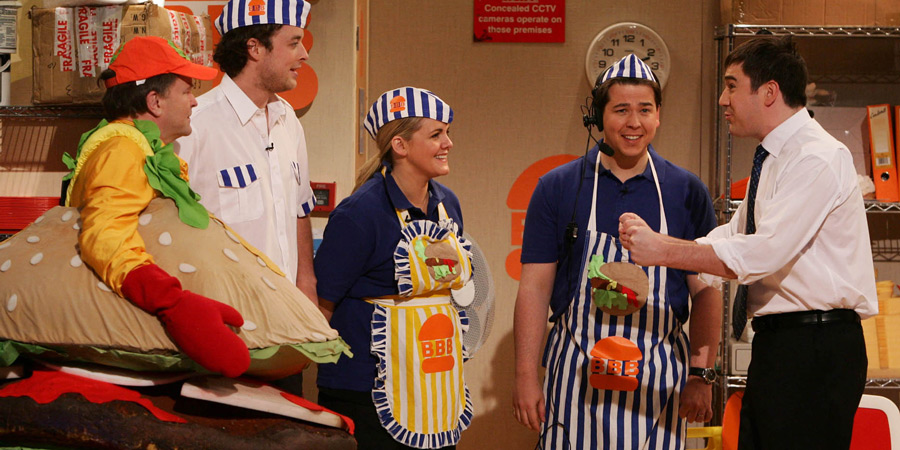 Improvisation comedy show hosted by Paul Merton. Each week four celebrities walk through a door into an unknown situation

Thank God You're Here is an ITV1 improvisational comedy series hosted by Paul Merton. It is based on the hit Australian version of the show.

Each week four celebrity guests are dressed in appropriate costumes and must walk through a door into a situation which they know nothing about. They are greeted by the show's ensemble cast and always with the line "Thank God you're here". They must then rely on their wits alone to survive the rest of the scene.