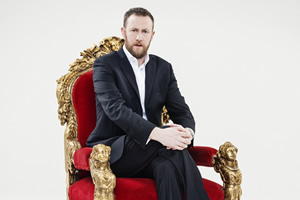 Taskmaster creator Alex Horne is to publish a book to accompany the show, allowing fans to play their own challenges at home.