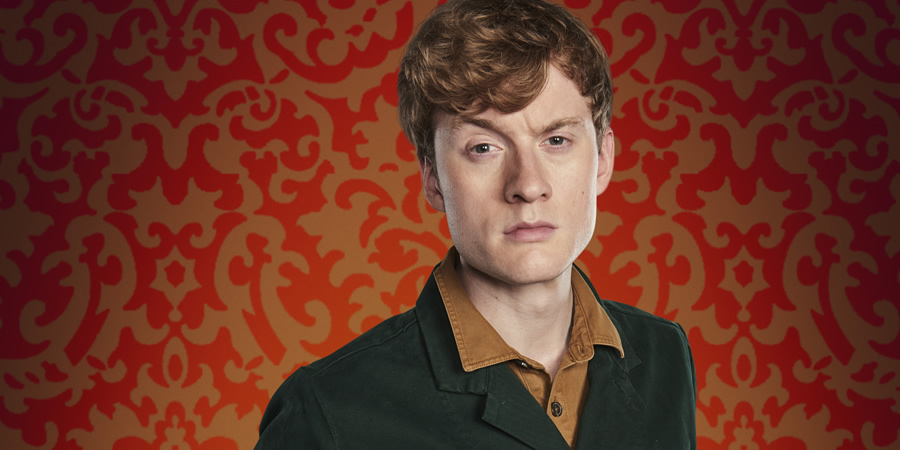 James Acaster is a Taskmaster super fan. He's seen all the episodes... did it give him an advantage?

Why did you agree to take part in Taskmaster?

I've been a huge fan of the show for a long time and watched it a lot. It's one of those programmes I've always wanted to do, and I felt very lucky when I got asked.

What was your strategy, if you had one?

It was just to try and do the task, because you don't have much time, you just open the envelope and you don't know what the task would be before you start it.

So it was just trying to have fun with it really, and try and have a bit of a fun response to whatever the task was, and have a laugh with it. That's it really.

And is it more important to be funny or to do the task well?

Obviously I think the most important thing is to be funny, but you also want to make a show that works, and if none of us do the task well, and just mess around and just try and be funny, then the show becomes redundant.

So you have to try and do the tasks but hope that your natural ability as a comic is going to be present throughout, and that you're going to be able to be funny while doing it. But, you know, other people have done different approaches and they've done well with it. Some people just try to be funny and that's it, and they've been very good. So maybe I should have done that. 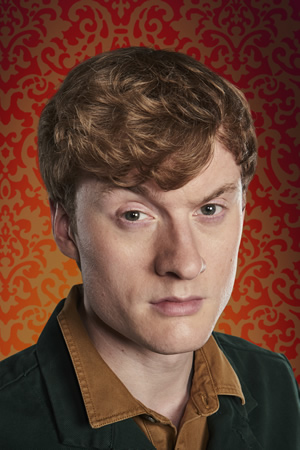 Only friendly competitive. Like, the right amount of competitive, not to a point where any of us would get genuinely annoyed about not getting points.

We've kind of been squabbling but it's funny.

How was The Taskmaster towards you - did you get along?

He got quite angry with me at one point, he was genuinely angry at me. I can't get a read on him. I genuinely don't even know if he likes me. I'm not even saying that as a joke. I have no idea how he feels about me.

How was The Taskmaster towards the other contestants?

I think Phil Wang has been very unlucky. Phil has done some good tasks and got penalised a lot. And sometimes Phil does the task, he follows it to the letter, and he still comes in last. So I feel sorry for Phil Wang.

Poor Phil's having to sit there, realising that what he should have done is to put 15 years of friendship into it and he would have done a lot better.

So do you feel that Greg and Rhod's friendship has been unfair?

Oh, it's not unfair. It's annoying. I mean, very annoying, all the way through. It's extremely irritating to be around, and very unfortunate for the rest of us.

Is little Alex Horne in any way helpful when you're doing your task?

No - he's not helpful at all. He doesn't back you up in the studio... there's nothing about Alex... I'm struggling for good things to say about him, actually.

Not a great guy. I mean, he makes Greg more bearable because Greg picks on him more than us, to be honest. But that's about it.

What do you make of the relationship between Greg and Alex?

I think Alex has a bit more fear in his eyes now, he kind of sees the attacks coming, but there's nothing he can do about it. He's been put through a lot of indignity, both during the tasks and in the studio. I think this is his least dignified series, I would say. And I've watched them all.

Worse than having meat eaten off his face?

Yes. He may have stripped off once in the past... he's about to multiply that by quite a bit. Spoiler! Am I allowed to say that?

He's going to need a lot of therapy after this series. 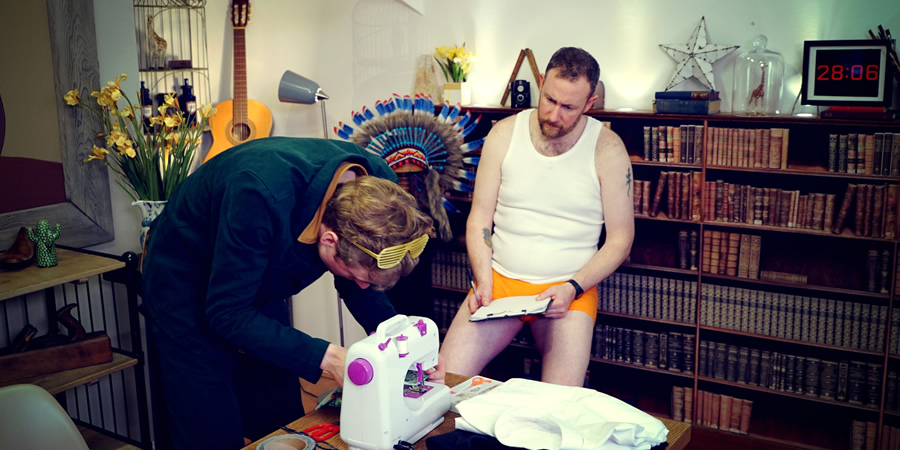 How many of the other contestants did you know beforehand?

All of them. I'd done TV shows with all of them before, and panel shows. Rhod was a host when I did a show with him, so it was nice to go into it with a team of people that I knew.

The bit where you bring your gift in at the beginning of every episode... was there a favourite one for you in this series?

There was a round where we had to bring in the creepiest thing. I really enjoyed that, and a lot of people did it to extremes. I mean, there's a lot of things in that round that were pretty creepy.

Do people take their prizes home, genuinely, or do they just leave them in the studio?

It's difficult. Personally, if I won, I wouldn't take your precious belongings. I put a calendar up that my nephew made and there's no way I wanted Jess Knappett to take that home with her.

Although, this series, some people have smashed up their prizes. There was something I put up which I'm very, very fond of, it's got a lot of sentimental value.

And I actually went out of my way to ask the crew to make sure no one smashed it up. I've just been on this series with a bunch of absolute animals.

Would you recommend taking part to your comedian friends?

Oh, yes. I'd say it's really, really fun, do it, and you'll enjoy all the tasks. Actually, I don't know if you will. I enjoyed all the tasks, and I've enjoyed most of my time in the studio.