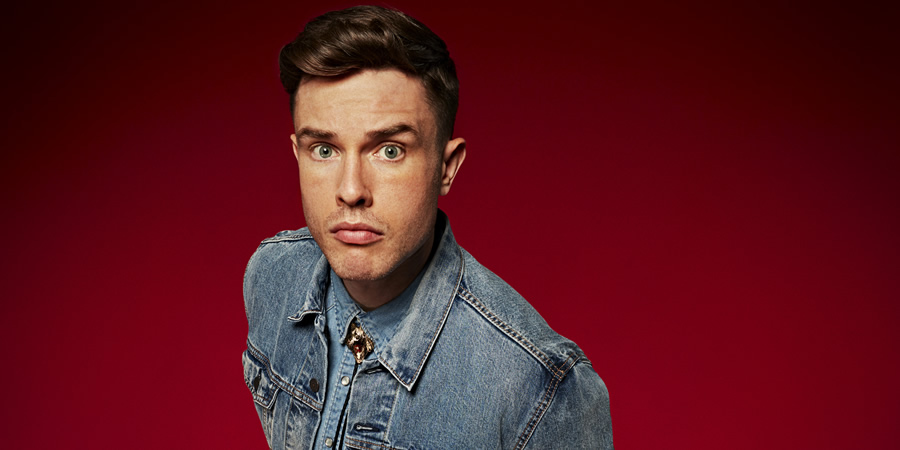 Ed Gamble says Taskmaster is the best thing he's ever been involved in.

I love it! Honestly, it's so rare that you get to be in a show that's actually one of your favourite shows. Because there's no way I'm ever going to be in Breaking Bad... fortunately.

And what did you think of the other comedians in this line-up?

Everyone's lovely. It's a dream group, I think. It was brilliant to discover Rose was in the same series because we're friends and we do a lot of Escape Rooms together. She's extremely competitive. It's great when you're on the same team as her, but not when you come up against each other because she's a tough opponent. She wants to win so much. I do too but I'm trying to conceal it. She doesn't conceal it. She gets angry when she doesn't do well.

I know Katy, too. I've known her for years, even when I was doing student stand-up stuff we always used to go and see her shows so I've been a fan for a long time.

I obviously knew of David and Jo from a distance but I'd never met them. I sit right in between them for the studio records which is great. Quite often they've forgotten what the task was, and they lean over me to ask each other. It's like being in the cinema with my grandparents. Quite often there will be a joke that will get a massive laugh in the studio and I can guarantee there will be two beats, then David will lean over and go, 'What did she say?' and I have to repeat the joke for David. It's so much fun.

Are the others competitive or is it just you and Rose?

I don't think Katy's competitive, although I think she's a dark horse because she just gets on with it and often ends up with an amazing result. Jo couldn't give a s***, but in such a fun way. Which is what Taskmaster needs: a mixture. And David is just mad. I had no idea. Every episode, there's always one task where his is shown last and he just leans over and goes, 'Great - I'm last again'. It's always a sign if they leave you to last, isn't it? There was another where he said to me, 'Strap in, because I've a feeling this is going to be extraordinary'. I had no idea he was so weird. I thought he'd be the super-intelligent one playing it with a completely straight bat, nailing it. But that's why it's such a great show. There's no hiding from who you really are. 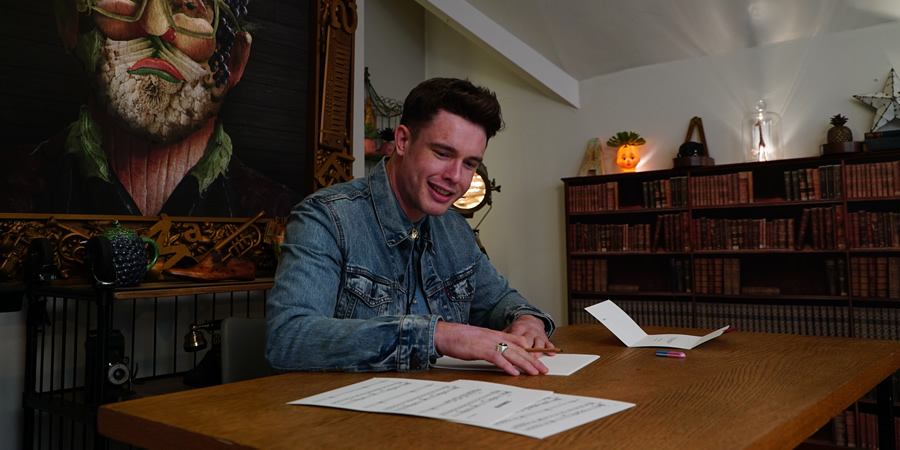 I tried. I went in thinking, 'Well, I watch it a lot, so I'll be able to find some sneaky ways around it'. But then I opened the task and I was just like a baby gorilla, romping through the house, smashing things up. God knows how much damage I've caused. No thought, just straight in. Don't even finish reading the task. Break everything.

I didn't think that's what I was like. But when my fiancée asked how it had gone, and I said I'd smashed everything up, she just shrugged and went 'yeah'. Apparently that was not a surprise to her.

Did you use Alex much during the tasks?

Yeah. Mainly because I know Greg, and I know he really enjoys seeing Alex being tortured. So that was my tactic. I used him in the water feature task. I turned him into a mermaid fountain. I finished that and went, 'I've nailed that'. That's the closest I've seen him to being genuinely p****ed off, because I took his top off, I taped two funnels to his bare skin for boobs, then put a hose inside them. It was mid-February so he didn't like that.

I also turned him into an egg-timer by making him eat one snack every second for six minutes. So yes, I've used him in a way that would upset him and make Greg happy, in a desperate bid for points.

How would you describe the relationship between Greg and Alex?

I didn't realise it was quite so real. That thing of Greg bullying Alex, I thought Alex was fully on board with those. But then, being here, you see that he's not totally okay with it.

Greg texted me one night before a studio show and said, 'Wait til you see the introduction I've done for Alex tomorrow - he's going to hate me'. It's so electric in the studio. The audience don't know who to side with because they love them both to bits. 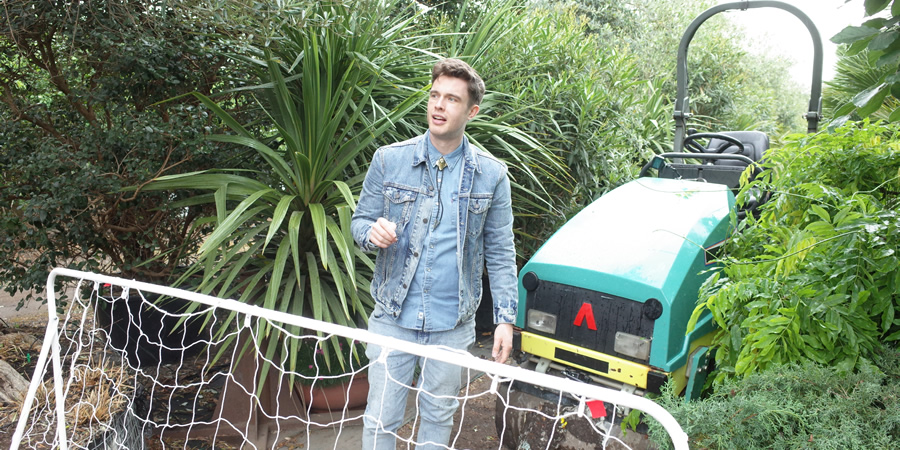 Did you have a tactic when it came to bringing gifts for Greg for the first round?

Actually the most successful ones have been the ones where I haven't thought about it too much. So one was 'Something to celebrate with', and my first thought was a pair of pants with a confetti cannon as an exploding penis. That was genuinely my first thought, so I went with that. I thought other people would do the same thing, to be honest.

That's the thing about this show: you think you're normal and then when you see a task back along with everyone else's, you think, 'No, I am insane'.

My best one was 'Something you've stolen from someone else's house'. I was round Greg's flat so I nicked three of his ornaments. He won't have noticed they were gone, because he's got the brain of a 90-year-old.

Who would you like to see doing future series?

That's why I feel so lucky to be on, because there are so many people who'd be brilliant. Adam Buxton would be amazing. David Mitchell. Richard Ayoade. Suzi Ruffell.

Rosie Jones would be amazing because she's got cerebral palsy and she deliberately uses it to behave like an absolute prick and get away with it. She might be the only person who would be even more horrible to Alex than Greg is.

I'd recommend it to anybody. It's the best thing I've ever done.