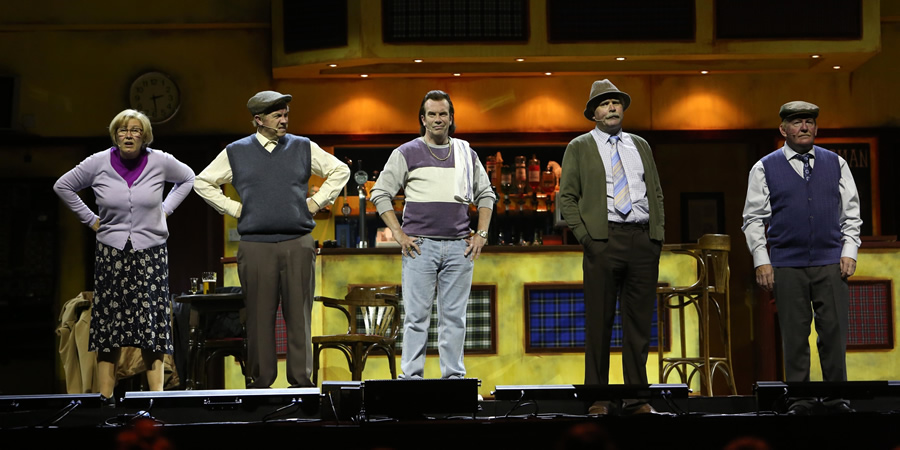 Television broadcast of the hit Still Game live show, based on the popular BBC Scotland sitcom

Showcasing the stage show phenomenon, Still Game Live saw the reunion of the much-loved sitcom in front of millions of fans during a mammoth 21-night run at Glasgow's SSE Hydro Arena this year.

Seven years since they last worked together, Ford Kiernan and Greg Hemphill reunited as Jack Jarvis and Victor McDade, bringing the popular TV show to life on the stage in front of more than 200,000 people.

When Jack is faced with the dilemma of attending his daughter's vow renewal in Canada, he decides to embrace new technology - Boaby the barman's tablet - in an attempt to be there from the comfort of The Clansman. However, Victor's promise to be a supportive wing man backfires while Isa tries her best to hold her tongue.

Meanwhile Winston needs a new leg thanks to an incident at the canal, Isa's mushroom soup needs a new recipe, Naveed has money in mind at the live shows, while Tam and Boaby face a battle of wills against each other.