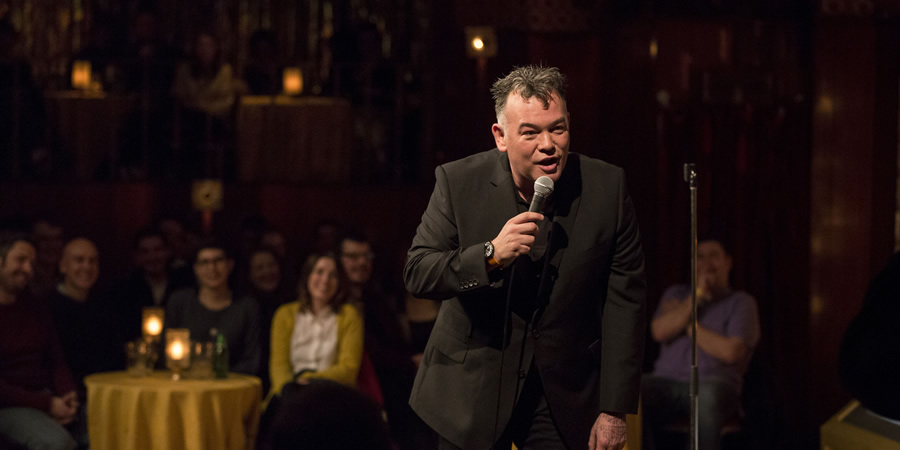 Stewart Lee returns to BBC Two with a fourth series of his Comedy Vehicle. In this first episode Stewart looks at wealth.
Preview clip

Filmed in front of a live audience at the Mildmay Club in Stoke Newington, this fourth series is full of brand-new stand-up material. Each episode covers a different topic, with themes this series including patriotism, wealth, islamophobia, the migrant crisis, death, and childhood memories.

Script Editor Chris Morris returns as the 'hostile interrogator'. Chris quizzes Stewart about his approach to stand-up comedy and his attitudes toward his audience and the comedy industry.

Stewart Lee explains how he used to go orienteering with Napalm Death.