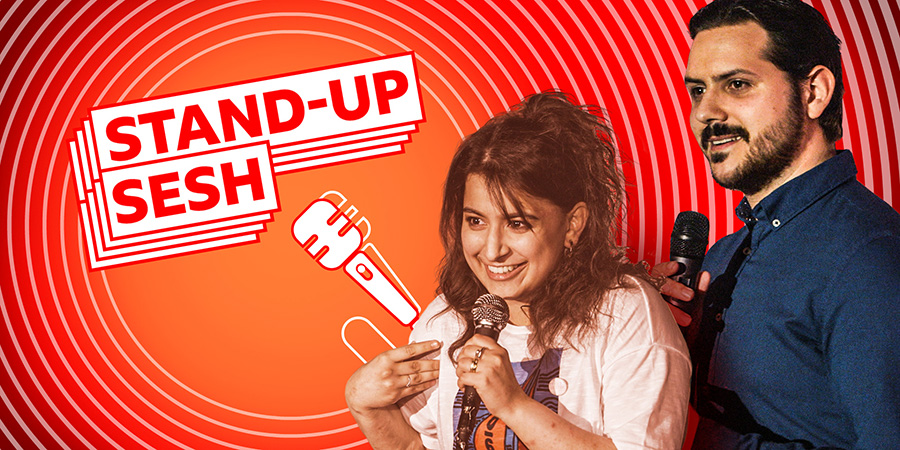 Quick-fire comedy from some of Wales's funniest young stand-ups

Modern life is playfully ripped apart in Stand-Up Sesh, a quick-fire comedy show featuring some of Wales' funniest young stand ups, recorded at venues up and down the country.

Half-Spanish, half-Welsh comedian Ignacio Lopez talks about the UK's love of drinking and marvels at the phenomenon known as the 'pre-drink', whilst Cerys Bradley describes the awkward situation she found herself in when trying to explain her bisexuality to her mother on a car journey.

Stars of the BBC Wales hit comedy Tourist Trap, Eleri Morgan and Leroy Brito, also perform live on stage. Morgan, from Aberystwyth, details the struggles she encountered when climbing Everest. And Cardiff-based Leroy Brito recalls one of the benefits of having children at a younger age - dominating the father's race at your child's Sport's Day!