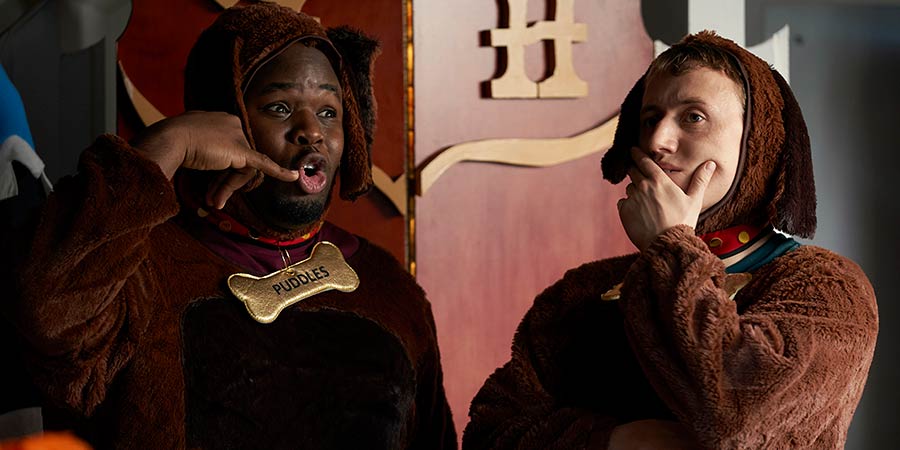 Naomi is rightly furious when she gets sent a rather saucy gift. Ricky gets propositioned whilst on a delivery, and Mario's looking for someone to have a bit of fun with.

Naomi is rightly furious when she gets sent a rather saucy unsolicited gift in the post. Naturally she blames Joshua and Ricky but for once it's not them. Cue a very awkward break up between Josh and his new pal Scott.

Meanwhile Ricky gets propositioned whilst on a delivery and gets an invite for him and Joshua to a very special type of costume party. They just need to source a couple of items to take with them... It's going to be a big, big night. Especially for store manager, Mario, who's at a loose end and is looking for someone to have a bit of fun with...