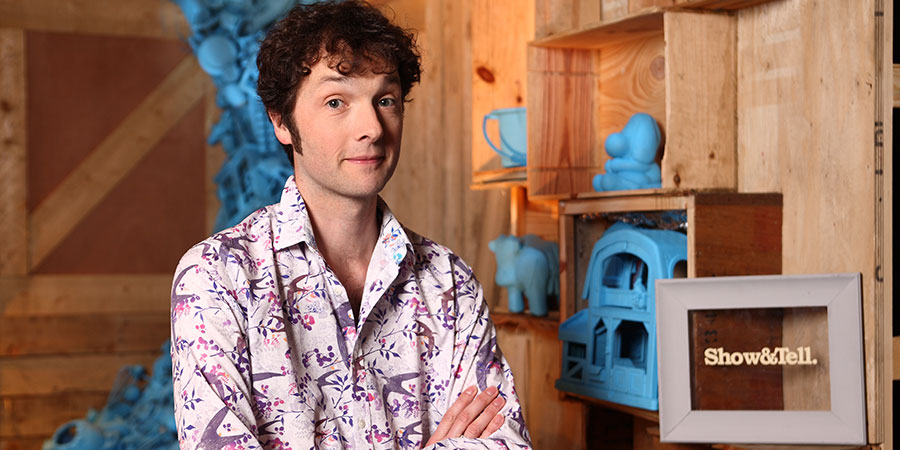 Each week, Chris Addison is joined by three up-and-coming comics, who bring some things to "show" and "tell" the audience all about.

The items - whether they are topical, personal or completely random - are the launch pad for the comics to each perform a mini solo stand-up routine, "telling" the audience about their chosen item, and "showing" why it's rich comedy pickings.

The audience also bring their own personal - and sometimes peculiar - items, which Chris and his guests use as a launch pad for further sofa-based discussion.

Divided into three rounds, round one sees the guests bring in their personal show and tell items; in round two they reveal their "homework" show and tells (set by Chris before they appear on the show); and in the last round the audience get to share their own items and stories with fellow audience members, Chris and the guest comedians.