After nine years and more than 130 episodes, Channel 4 comedy drama Shameless has come to an end. Here's a list of the top five episodes and Frank's best quotes: 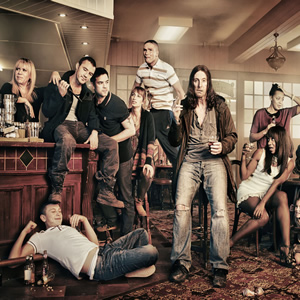 Series 1, Episode 4. Debbie abducts a three year-old kid to compensate for her own mum's abandonment. This was very close to the bone during broadcast, since several real life incidents were still fresh in the audience's minds, but we managed to make it both compelling and funny - proving to our audience that Shameless could literally turn anything on its head.

Series 5, Episode 5. Micky Maguire and Ian Gallagher share a post-coital ciggie when Paddy Maguire catches them in the act. Heart attack looks imminent for Micky since he knows his Dad's going to kill him... Except it doesn't even cross Paddy's mind, he just tells them to put some clothes on because they 'look like a couple of queers'. Just a terrific, five star gag.

Series 6, Episode 3. Frank is unfathomably summoned for jury service. He compulsively spots a real earner and obstructs the verdict - any verdict - to rack up his expenses for 'loss and earnings'. Pure Frank.

Series 8, Episode 18. Frank's the main suspect in a GBH investigation. Even though Frank has no memory of it the proof stacks up against him and even Carl has to admit his Dad might be guilty. The moment when Carl and Frank have a heart to heart and Carl assumes the parental mantel over his own Dad to get him to turn himself in pulls at our heartstrings and shows the audience that in our 100th episode, we can still pull off that unique cake-mix that no other shows dared to mimic.

Series 11, Episode 1. Mimi embeds herself in the running of the local comprehensive whilst Frank gets trounced on by two bulging prossies nicknamed 'the Gastric Bandits'. The whole team have pulled out all the stops for our farewell to Chatsworth and the final series had some stunning surprises lined up. 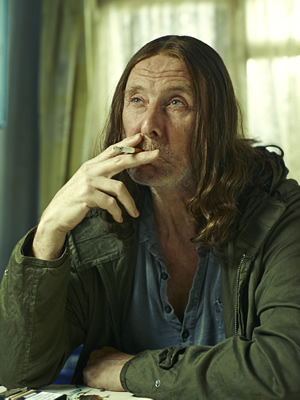 As we all know, Frank Gallagher has unique way with words. Here are some of the best lines from the king of the estate...

- If I'd have known she was a lezzer I'd have asked her back!

- Deliver us from evil, or grant us the certainty of being caked enough not to give a fuck. Amen.

- People say the children are the future, teach them well and let them lead the way. But after you've had eight of your own, you realise that's a load of bollocks. Darwin had the right idea; just leave the buggers to fend for themselves.

- No gear? You call yourself a fucking teenager?

- Lip you were a gobby little shite, always had too much to say for yourself, so you should know, that I've had a little piss in every bottle of pop you've left in the fridge since 1997.

- So what if I'm not an astronaut, or the Prime Minister, or a football player. I am Vernon Francis Gallagher. I came, I saw, I drank the fucking lot.

- Son when you have them, little babies, you love them. Even if they're real mingers. I mean when Ian was born he looked like David Gest.

- I've fallen in love. And it hurts, like someone's taken my bollocks, rolled them in chilli sauce and invited them to take up permanent residence in my gut.

- Despite your reasonable tone and helpful advice, I still fucking hate you.

- A baby comes into the world, another brain departs...

- I promise I'll always be there for you. As long as I'm collecting your benefits.

- The best part of you ran down your mother's leg.