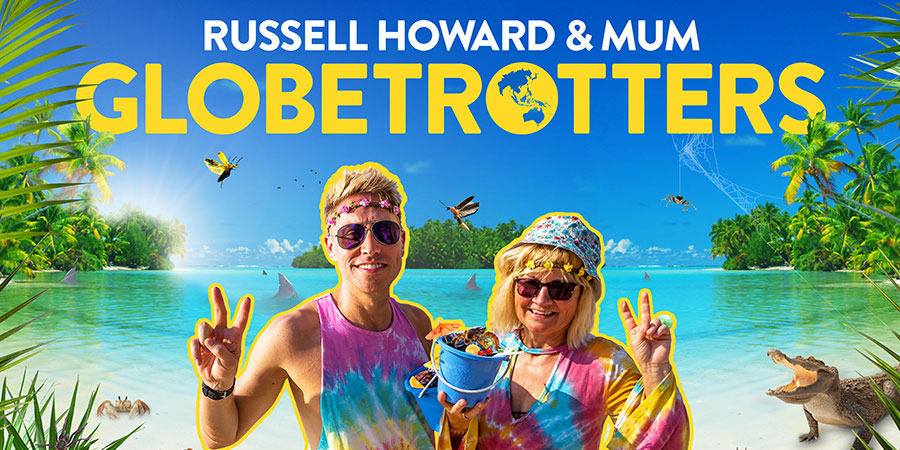 Russell Howard takes his "twinkly eyed smasher of a mum" Ninette on an eye-opening trip, first around the USA and later further around the globe, meeting an array of weird and wonderful characters and experiencing their unusual hobbies and obsessions.

Spending hours on the road together in a minivan, Russell's funny, warm and engaging relationship with his mum is put under the microscope as they discover the world's eccentricities, as well as having to regularly correct the peculiar local assumptions that they are in fact a couple.

On their tour of the USA, Russell and Ninette join a community of US Armageddon 'preppers' in a sleepy Utah suburb, who are readying themselves for a future catastrophe (think financial collapse, natural disaster or even zombie apocalypse). They check out a $200 a night 'doggy hotel', go ghost-hunting, attend rock school, and try out cannabis.

As they further broaden their horizons in the Far East, the pair step back in time to become ultimate assassins in Japan and embark on a more futuristic venture to high tech Seoul, South Korea. They squeeze in the gap year they never had into one week on the travellers' paradise island Koh Phangan, Thailand. In Mumbai, the City of Dreams, Russell and Ninette enrol in a 5 star acting academy to learn what it takes to make it in Bollywood. On a visit to Vietnam's capital Hanoi they lend their hands to folkloric water puppetry before heading away from the hustle and bustle of town to compete in a rural Olympics; and the duo commune with nature in Chiang Mai, Northern Thailand.

On this truly unforgettable series of adventures we finally get to meet Ninette after hearing so much about her in Russell's stand-up, and their dialogue doesn't disappoint. During their USA trip they find themselves in truly ridiculous situations, including trying to break from an escape vehicle's trunk, battling through a house of the walking dead and getting pressured into getting tattoos, proving to be an unlikely but hilarious comic duo throughout.