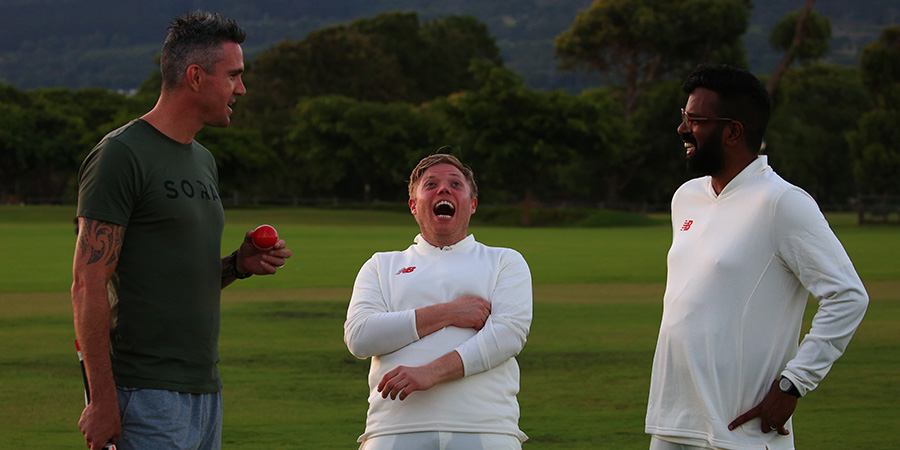 The pair head off to Cape Town to follow the England cricket team on their first meaningful tour since they were crowned world champions.

Last summer was an amazing time for English Cricket. We drew an incredible Ashes series and became world champions. Even so, Rob Beckett sees cricket as a waste of time. He would like to know anything can possibly merit lasting five days. Romesh, on the other hand, thinks it's a sport he can see himself learning to love. So the pair head off to Cape Town to follow England on their first meaningful tour since they were crowned world champions. Fully immersing themselves in the sport, they party with the barmy army, try their hand at commentary, and even get a cricket lesson from England legend Kevin Pietersen.