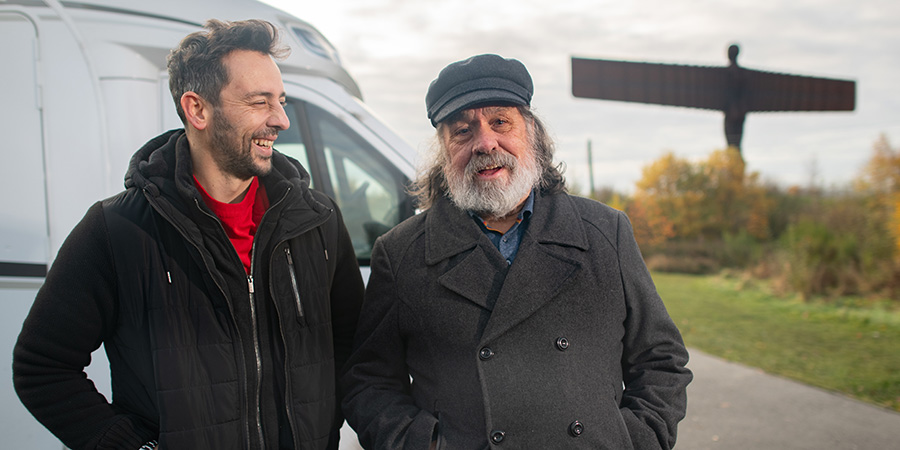 The Royle Family's dad and son Ricky Tomlinson and Ralf Little reunite years after they last got together, for a heart-warming and hilarious staycation, travelling the length and breadth of northern England, in a quest to unlock each of its region's own unique secrets.

Famed Scouser Ricky's just turned 80, while Bury-bred young 'Lurkio' Ralf is approaching 40, as they hit the road for six weeks in their very own home-from-home - a sturdy campervan. They're visiting a wide range of locations in city, town and country - some that hold a special place in their hearts and others which are new to them.

From the banks of the urban Mersey to the beauty of the Lakes, from the steel works of Sheffield to the chocolate makers of York, and on to curry houses, football clubs, steam trains - and the Angel of the North, it's a fascinating route rich in natural beauty, culture, cuisine, sport - and, of course, humour...

They meet some old friends from the world of showbiz - and make new ones at every port of call - as they explore what makes the people in this part of Britain so special. They also reflect on how life has changed them as individuals - and the North itself - over the 20-odd years since they first met.