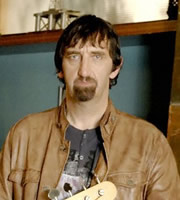 Former 80s pop musician, part-time cabinet maker and full-time worrier, Phil feels a mixture of guilt and ambition when he thinks about his son Jack.

Has the marriage split damaged Jack? Can Phil drive him to succeed as a musician? Should he even try? Phil does not accept being middle-aged - but who does these days? 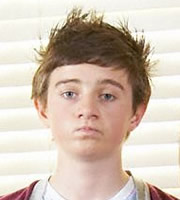 Jack is the fifteen years old drummer son of Phil and Marketa. Jack wants to be in the band so he can talk to girls and have fun. Phil has other, far more ambitious ideas.

Jack clearly fancies Lucy, but as far as he is concerned Lucy isn't in the slightest bit interested. 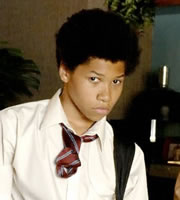 Granville fancies himself as a ladies man and is Jack's best friend. And when they play together, you can sometimes hear the seeds of greatness.

Granville is cocky, confident and cool... except when he is around his strict parents who expect him to behave in a much more sensible manor. 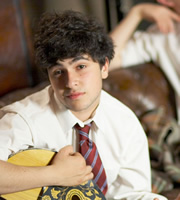 15 years old Eddie is completely unlike the Greek Gods of old. He tries to counter his lack of cool with an excess of enthusiasm. He plays the bouzouki, which at least has the virtue of making the band sound unique. Like Jack, Eddie finds having divorced parents difficult.

Eddie is potentially the laziest member of the band - he doesn't even manage to last on work experience with Phil for a week. 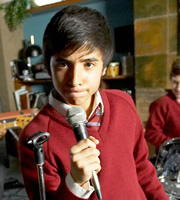 Adi wants to be the band's singer. His father is very rich and owns a big house that the band can rehearse in so the other lads do their best to accommodate Adi, despite his somewhat odd contributions on the lyric-writing front.

His band mates and their parents aren't too sure of his singing skills either, however Adi is certainly confident in his own abilities. He comes across as very assured when on stage... perhaps sometimes it is a little too confident though. In the end the rest of the band accept Ali as an integral part of the group. 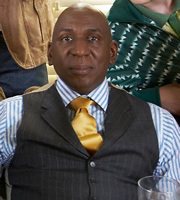 Ashton is Granville's Dad and a successful lawyer. He has no real interest in Granville becoming a musician, but indulges his son and soon tries to take over the running of the band.

Ashton is very interested in good wine, to the extend he bores everyone by talking about nothing else. He is clearly a bit of a snob, but a good man at heart who realises he needs to give his son a little space. 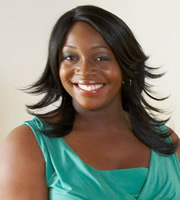 Carmen is Granville's sharp and witty mum. Her comments to her husband during the parents' meetings reveal some tension in her marriage: Ashton may win the battles in court, but Carmen wins them at home.

Carmen is always having to tell Ashton to shut up about wine - he embarrasses her by talking about it all the time. 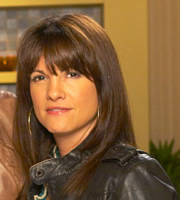 Sandy is Eddie and Lucy's mum. She once made her living as a model, however she now runs her own hair salon.

A half-decent divorce settlement has left her with a big house, but she struggles to make ends meet.

Phil is attracted to Sandy, and is always planning ways to try and spend time with her. However, winning over Sandy is clearly far from easy. There are hints that if he keeps working at it though, it might be worth his while. 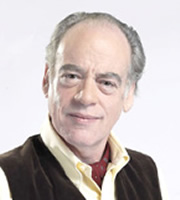 Kipper is an old mate of Phil's from the 80s and now his part-time employee. Still a sharp dresser, Kipper thinks himself a man of the world. Unfortunately he hasn't learnt that much along the way.

He's a great friend though - laid back, fun, full of good stories and, most importantly, there when you need him. It certainly sounds like he's had a fun life... and taken a lot of drugs in the 80s! 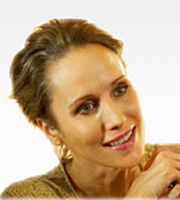 Marketa is the wife of Phil and mother of Jack. She is an air hostess on a low budget airline. She met Phil when his band toured Eastern Europe in the 80s. After the briefest of flings she was pregnant. They married and settled down in London. Doomed from day one, the relationship is now over...

Or is it? Now Marketa has seen Phil is interested in Sandy, there's clearly a bit of jealousy hidden behind the exterior of indifference. 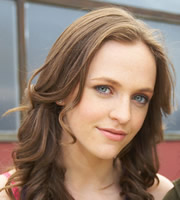 When playing about with her mates, Lucy reveals she has been hiding a great singing voice. Jack would love her in the band for obvious reasons, and Phil thinks it's a good idea too... but Sandy has over-rules them because she wants Eddie to feel like the band is something special to him, and not another thing his sister is involved in too.