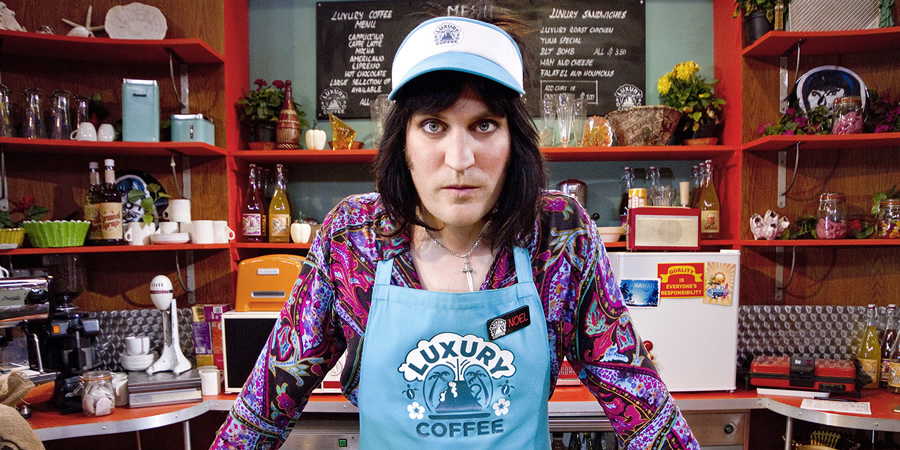 The co-creator of The Mighty Boosh is back and this time he's taken it to another level. Noel Fielding's Luxury Comedy is a psychedelic character based comedy show half filmed and half animated, with music provided by Kasabian's Sergio Pizzorno.

With a mixture of live action and animation, each episode of expressionistic hijinks sees Noel and the gang - Andy Warhol, Dolly and Smooth the anteater - caught up in a series of magical adventures. From trying to destroy a monster called Fantasy Block in an attempt to save their only viewer from an asteroid, to exploring the subject of disaffected youth while being threatened by a race of ultra-cool alien cucumbers, the sketches attack the mind and the eye.

"The show is like biting into an aurora borealis sandwich... like Salvador Dali and Mick Jagger recreating The Jungle Book using toast... Warm and strange and packed with jokes, Luxury Comedy will change the way you feel about television and your own hands forever."

Characters that featured throughout the first series included Todd Laguna, a music producing hammerhead shark; Roy Circles, a games teacher suffering from severe shell shock who is also a chocolate finger; Sgt Raymond Boombox, a food-loving New York Cop with a knife wound on his arm that talks to him and helps him solve his cases; and Fantasy Man, a kind of Don Quixote trapped inside an electronic opera.