ITV2 has ordered a second series of The Emily Atack Show.

The sketch/stand-up hybrid format will return later this year for a new run of six 45-minute episodes.

Starring actor and comic Emily Atack, the series is based around her biographically inspired stand-up routines and observations, with each interspersed with sketches and impressions to assist in illustrating her points, complete with an ensemble cast.

The first series, broadcast in November and December 2020, featured episodes themed on topics including family, friends, and, having recently turned 30, growing up.

ITV2 say: "Following on from the success of her debut series, Emily will be bringing more of her loveable and unfiltered self to her infectiously funny and relatable comedy. Fans will also be treated to a host of new impressions. Last series saw her impersonate TV favourite Holly Willoughby, funny man Keith Lemon, Loose Women's Stacey Solomon and the iconic GC."

Emily says: "I had the best time making and filming this series. It was the stuff of dreams and I am ecstatic to get to do it again. I have so many more sketches and impressions that I can't wait to share with the viewers, my family on the other hand may want to cover their ears (again). If they thought the last series was bum-clenchingly raucous, wait until they see this series. It's going to be a hoot."

Head of ITV's Digital Channels, Paul Mortimer said: "Emily is an exceptional talent whose versatility as a comedy actress and hilariously self-deprecating sense of humour resonated with our viewers. We are delighted to be bringing a brand-new series to ITV2."

Executive producer for production company Monkey, Andy Charles Smith adds: "We're beyond thrilled to make another run of The Emily Atack Show. Working with Emily is a total joy, and a laugh a minute. We can't wait to get back in a room with her and our brilliant writers to see what she'll surprise, delight and shock us with next!" 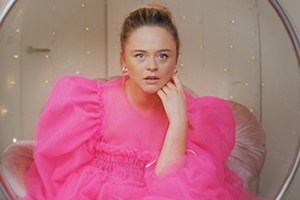