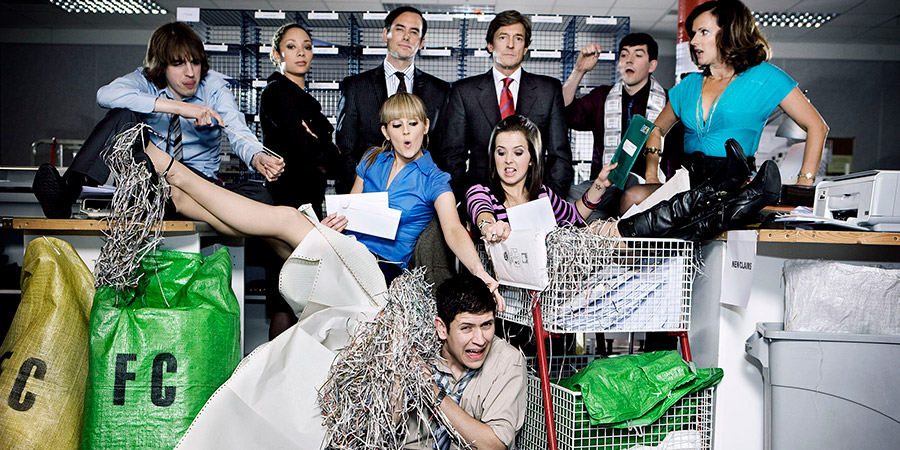 The back-rooms of Manchester-based personal injury law firm Fox Cranford are gathering places for school-leavers, no-hopers and general misfits - and if they monkey around till lunch, its guerrilla warfare in the office till dinner.

Straight out of school, and into a job they don't want, Darrel, Kenny, Asif, Shelley and Tania are going nowhere fast. Looked down on by the solicitors they work for, they face constant criticism from Gloria Stevens, once their supervisor and now PA to the company's owner.

Bored senseless for eight hours a day, the post room gang fill their time fighting, flirting, winding each other up and generally causing mayhem whilst dodging disciplinary action and the occasional irate client. Their adventures also include an office sleepover, ghosts, tramps and a serious case of fatal attraction!

Mike Cranford is the firm's owner. As far as Gloria is concerned, he is the glamour and power of the law courts personified. She's delighted to be made his PA in Series 2, despite her lack of professionalism, leaving the teenage wasters in the post room in the hands of Tania. Meanwhile, hotshot solicitor Charlie is the office slimeball after his treatment of the new post room supervisor during Series 1...