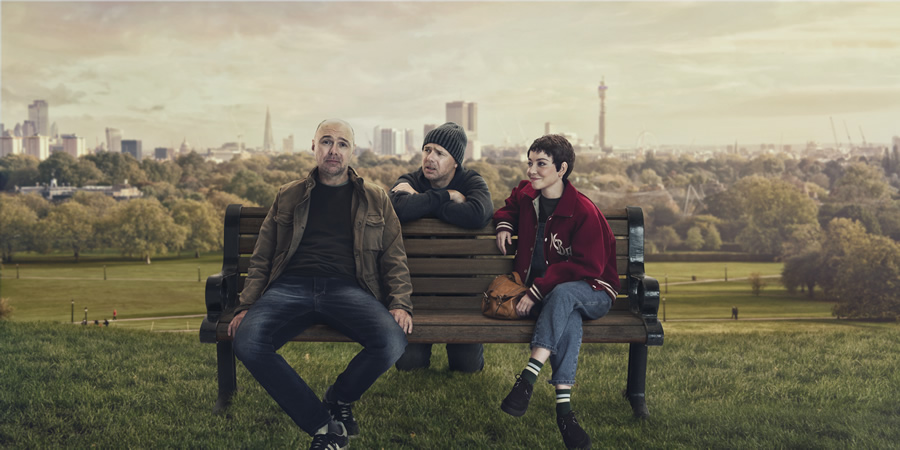 Sick Of It is a scripted comedy series that sees Karl Pilkington takes on two roles - himself, and the voice inside his head, as he muddles through the mundane life he may have led if he hadn't met Ricky Gervais and Stephen Merchant.

The series follows Karl, a crotchety middle-aged cabbie recently ditched by his long-term girlfriend, as he muddles through life and attempts to make sense of the modern world.

Now living with his elderly auntie, Karl's closest companion is Inner Self, an uncensored version of himself who just won't shut up; the voice in his head who says what he really thinks without the risk of offending others. As Karl attempts to move on from the break up and sort out his life, the voice in his head appears periodically to guide, criticise and dispense his unorthodox philosophy of life, with some interesting results!

In Series 2, after Aunt Norma replaces Karl with a young sparky care worker called Ruby, it triggers a bout of soul searching about how little he's achieved in his life. Karl being Karl, he seeks to rectify this by bingeing on biscuits before attempting to dislodge Ruby in Norma's affections.