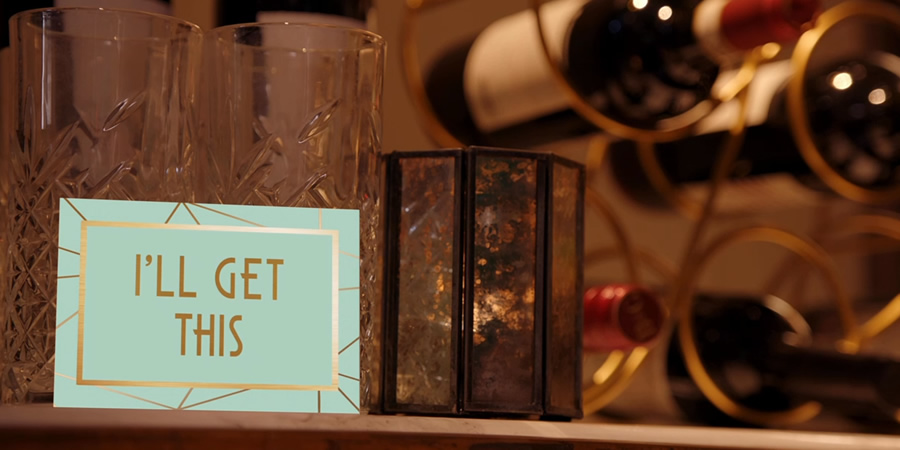 What do you get if you mix five people you would never usually see together around a dining table, and one of them has to pay for the night out? A subversive comedy entertainment show with no host, no studio, but one BIG loser!

I'll Get This sees an eclectic mix of five celebrities go out for dinner together. When they arrive at the restaurant they must place their bank card in the centre of the table. As the food is served and the drinks flow, they play a series of fun and revealing games. If they win a game, they can retrieve their card. The person whose card remains at the end of the evening must pick up the bill for the whole group. It's going to be an expensive night for someone!

Over six episodes, watch a celebrity culture clash as never before. Expect laughs, revelations, and excuses, as they play I'll Get This.