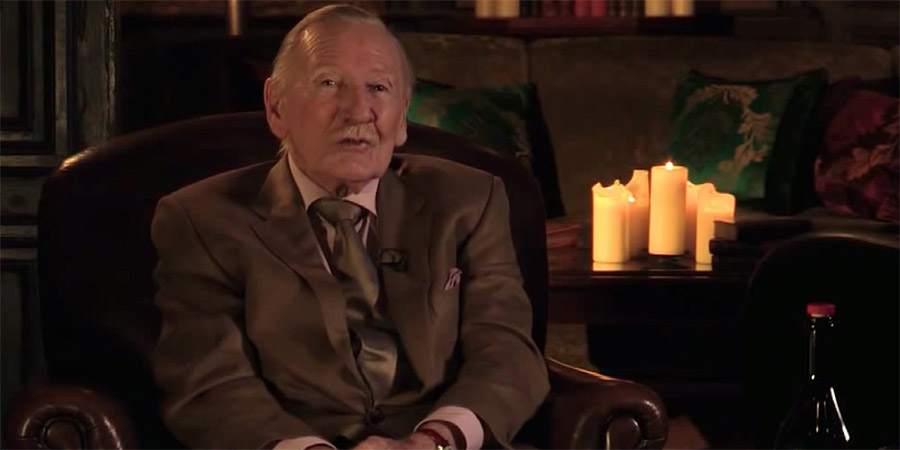 Hello: A Portrait Of Leslie Phillips

A documentary about the life of Leslie Phillips, featuring an in-depth interview with the actor

A Portrait Of Leslie Phillips takes a look at the life of Leslie Phillips; the legendary actor, writer and veritable British institution. Leslie's frank and open conversations combine with personal interviews from some of the greats who have worked with him.

From his first professional appearance at the newly built Pinewood (both the studios and Leslie having recently celebrated their 75th anniversary in the industry) up to the international phenomenon of Harry Potter, this heartfelt documentary shows how he gained not only an ardent film and television fan base, but also the love of his 'Twittersnappers', the affectionate moniker for his legion of new online followers. Tweeting has been his latest endeavour. With followers as diverse as Irvine Welsh and Stephen Fry, now an entirely new generation is discovering Leslie's work.

Theatre. Film. Television. Radio. The literary world. Computer games. And now Twitter. There is virtually no area of the media industry in which Leslie has not worked at some stage. From his now infamous Carry On roles to a BAFTA-nominated performance in Venus together with Peter O'Toole, reinvention has been key to Leslie's success.

The central theme to the documentary is change, not least within the industry but in Leslie's life as well. Through the voices of his friends and collaborators - including Sir Anthony Hopkins, John Hurt, Richard E. Grant, and Miranda Richardson amongst many others - another aspect to Leslie is revealed. His determination, the devotion he has to his loved ones and above all his strength of character through thick and thin. He shares the reasons behind his constantly changing image and how he has always remained ahead of the game.

This is an intimate glimpse behind the camera, alongside a poignant trip back to his beloved Pinewood Studios. The location for no fewer than thirty eight of Leslie's films provides a unique backdrop to delve into a career that is intricately linked with the film and television industry. Spanning more than seven decades, Leslie's career unfolds as he invites the audience into his own home for an informal yet revealing chat.