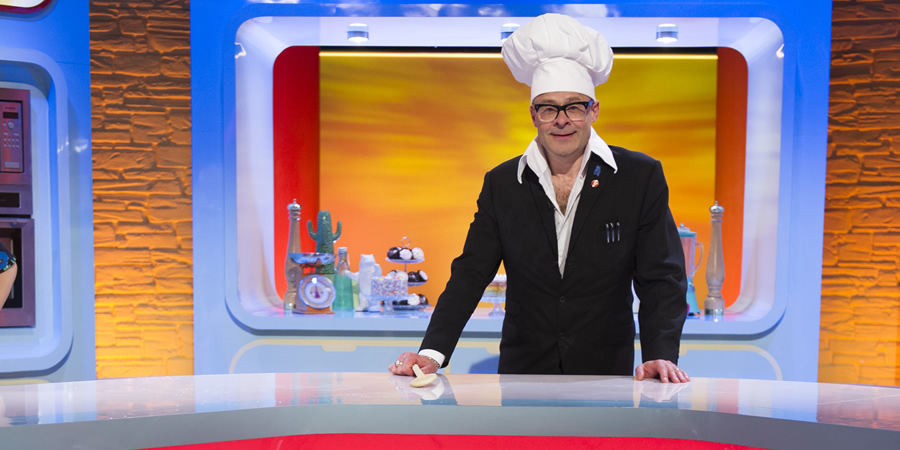 Harry Hill's Tea-Time is a fun-filled concoction of one part chat show and one part spoof cookery show, sprinkled with the inimitable Harry Hill, as he casts his comedy eye over the world of cooking and cookery TV programmes.

The series sees a celebrity guest thrown each week into Harry's crazy kitchen, joining him and his cast of comedy characters, as they take part in a smorgasbord of cooking related chaos.

While Harry teaches his guests how to cook his ridiculous recipes, such as 'mozzarella snowmen' and 'sponge-finger prison', he interviews them in his own unique way. Harry then garnishes the chat with TV show clips, from shows that his guests have appeared in, to comical observations taken from the cookery TV genre.

The little cooking that does get done is interspersed with all the usual comedy time-outs, bonkers games and musical interludes that the public have come to love from a Harry Hill show.