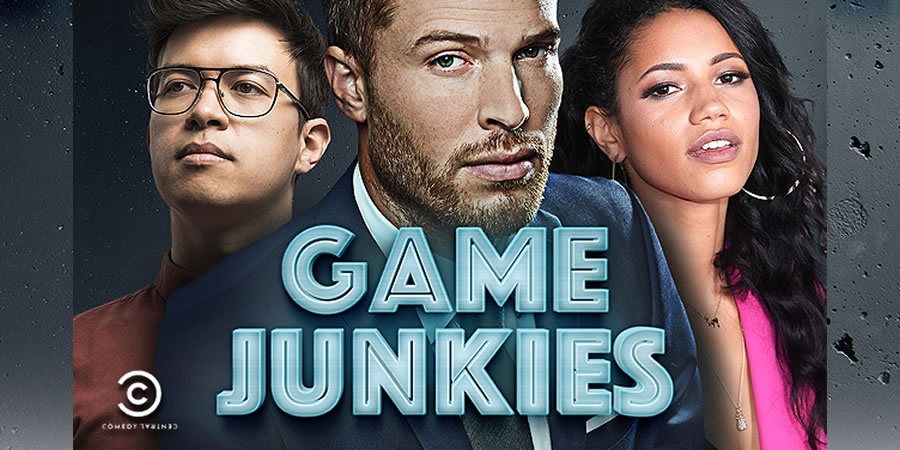 Game Junkies is a fast paced, huge scale, comedy entertainment show, set in the world of gaming. Shot in front of a live studio audience in a warehouse in London and on location in Scotland, the programme has a trio of top hosts: Rick Edwards, Vick Hope and Phil Wang - all three are "passionate about computer games and the fan culture around it."

The 22 minute pilot will also feature a celebrity guest being put through their paces during several rounds of gaming orientated fun, with "hilarious results."