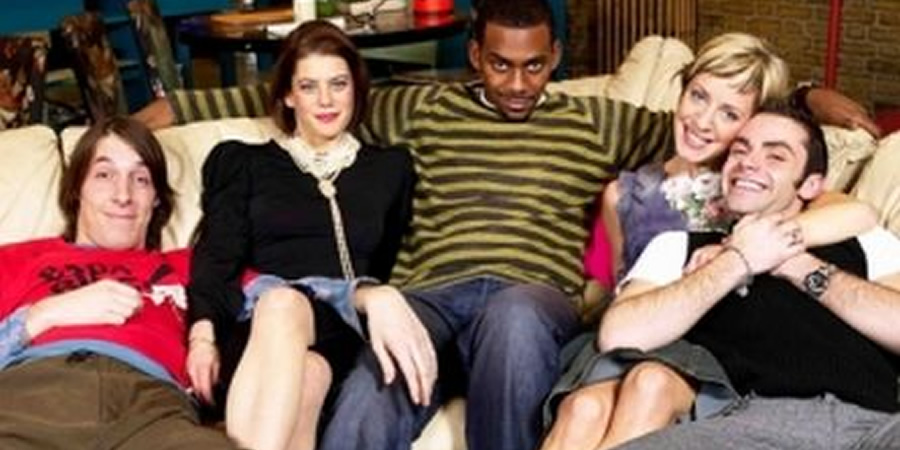 Sitcom about a man who dies when the Grim Reaper makes a gross error, and is sent back to Earth - with certain conditions, naturally

Actually, Ed Stone is half dead.

When a supernatural rep for Death ("I am Death, the Grim Reaper, the Harvester of Souls . . . but you can call me Nigel") is on his way to crop a new victim he accidentally sets off a train of events whereby an out-of-control bus runs down poor Ed Stone.

However, Ed isn't due for celestial processing for some 57 years so Nigel freezes him at the point of death and returns him to the mortal world. Ed loses his life-force in the process, being neither alive nor dead - he walks and talks and seems normal to his friends but he has lost all physical sensations of pleasure: he can eat but cannot taste, and he can never again have sex.

On the plus side, he no longer feels pain, doesn't age and cannot be destroyed except by fire or venturing more than six feet underground. Ed contemplates finishing the job but Nigel - obsessed by American fantasy TV show Buffy The Vampire Slayer - is happy on Earth.

Ed is also finally attracting the amorous attentions of Kate. He has pursued her for a long time but though she was able to resist him when he was full of life, it seems the half-dead Ed is a more sensitive and appealing soul...