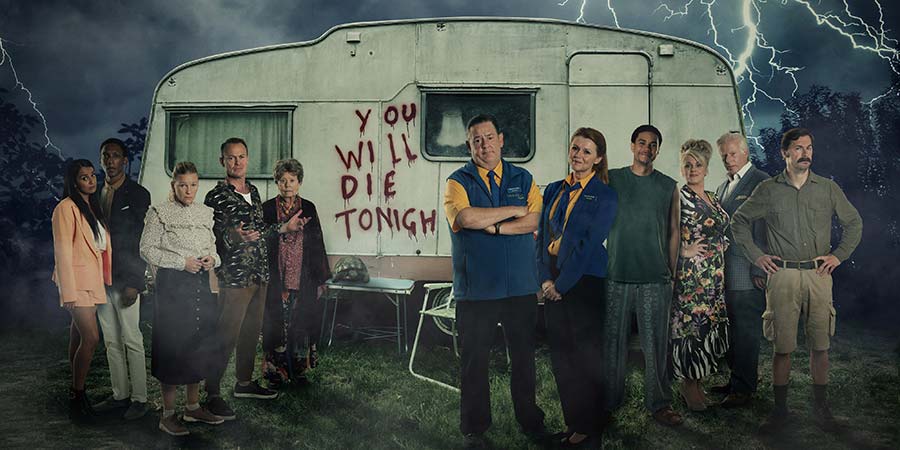 Sequel to Murder On The Blackpool Express and Death On The Tyne, set on a caravan park

Following Murder On The Blackpool Express and Death On The Tyne, this outing sees Gemma and Terry thrown into jeopardy when their coach breaks down in the middle of a fierce thunderstorm whilst they're on their way to collect Mildred and Hilda and take them to a funeral in Middlesbrough.

More recently arrived on the scene are holiday prize-winners (if you can call them that) Phil, who struggles to get a word in while his other half Penny struggles to stop words coming out, and excitable birdwatchers Neil and Mary, all of whom are causing quite a stir. Will any of them survive the horrors of the sinister and dilapidated Shady Creek Caravan Park?