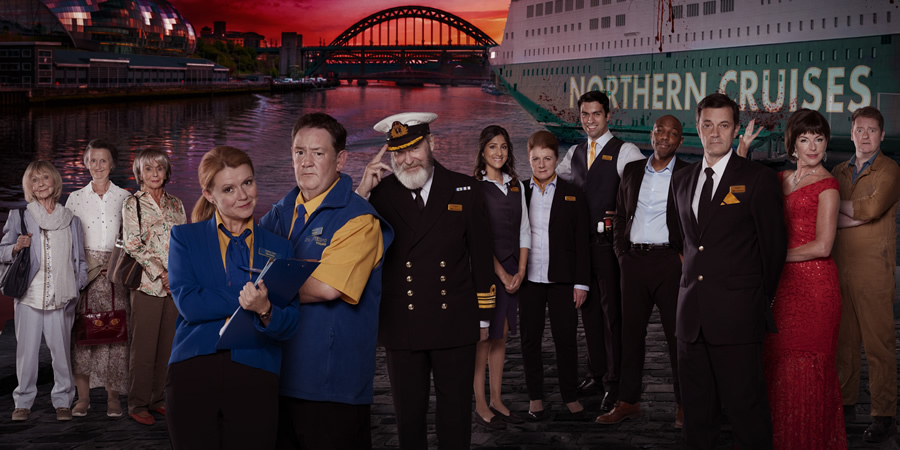 A sequel to Murder On The Blackpool Express, starring Johnny Vegas, Sian Gibson and guest stars

Terry and Gemma promise to take Mildred and her care home friends, including Hilda and Colleen on an Amsterdam cruise adventure across the Tyne.

They're welcomed aboard the Empress of the Tyne by ageing lothario Captain Jack and his motley crew - Cruise Director Denise, First Officer Justin Valentine, DJ Bobby, ex-pianist Alan, barmaid Tracy and self-obsessed cabaret singer Emily. It's not long before things start to go awry in the most puzzling mystery the Tyne has ever seen.