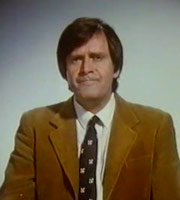 A teacher of languages by day, John is the last to know when his wife leaves him for his best friend. In fact, he didn't know that the marriage was anything less than perfect.

A loyal and caring friend and father, he's shocked by his ex-wife's callous demands and behaviour toward him, not to mention the court treatment that left him in a grotty bedsit, with neither money nor car and only one day a week access to his son, Toby: after all, it was his wife who'd had the affair, not him!

John's on the lookout for a kind, caring and gentle woman with whom he can begin to rebuild his life. 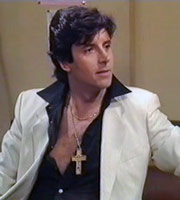 Loud, brash and regularly offensive, Kirk St. Moritz is a fantasist of extreme proportions. With a dress sense that wouldn't be out of place in Saturday Night Fever, an ego larger than Travolta's and a lack of tact or diplomacy to shock a newspaper editor, Kirk always makes his presence felt. He is madly in love with Kate, but has no idea how to show it...

Then there's Eric Maurice, a quiet, shy, unassuming 36-year old whose various hangups and childhood issues meant he never was able to talk to women. Eric was wowed by the sheer 'presence' felt in a nightclub, many years ago, when a supremely confident young man entered the room, and chose to reinvent himself, modelled on the cool stranger. 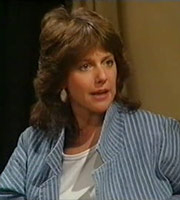 Kate is, by her own admission, frigid, a problem which has left her a multiple-divorcee. She's fairly open with the group about her lack of intimacy, but doesn't appreciate having it rubbed in her face at every possible occasion by Kirk. She has some associated confidence issues, but is otherwise perhaps the most 'normal' member of the group. 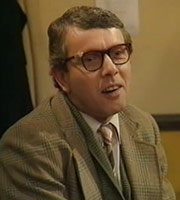 Ralph - or 'Raif', to Louise - is a rather unique individual. Somewhat clueless to the ways of the modern world, and rather slow to catch on in general, he's not the brightest penny in the bank, and is often left trailing behind the rest of the Club. He's largely oblivious to his own short-comings however, and certainly doesn't appear to be bothered by them. 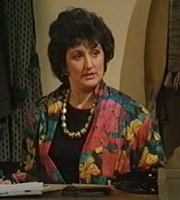 Louise is certainly not clueless, but thinks she's a far better Counsellor than her actions prove. She seems to have a fairly good understanding of people, but - perhaps - has been in the same role a little too long, and is now far more excited by the salacious gossip and embarrassing problems that many of her clients have, than in actually helping them to overcome them.