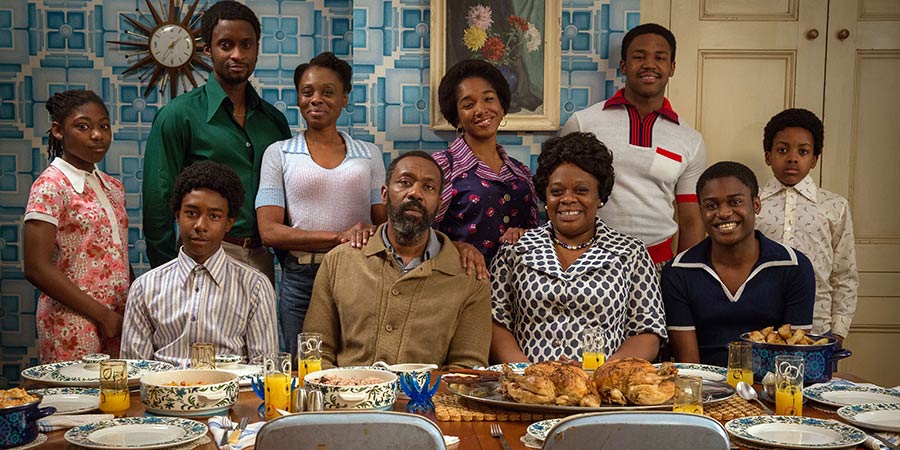 Danny & The Human Zoo is a 90-minute fictionalised account of Lenny Henry's life as a working-class teenager in 1970s Dudley.

The story centres round Danny Fearon, a talented impressionist, and his working-class Jamaican family, as he rises to fame as a stand-up comedian.

It is a distinctive portrait of ordinary life in a first-generation Jamaican family, a world not often seen on British TV.

Danny's world is a series of complex minefields which he has to negotiate. His home life - which his ebullient mother rules with an iron fist in an iron glove; his love life - where the white Irish girl he's in love with won't give him the time of day until he wins his first competition - and finally the ups and downs of his emerging career.

When Danny wins a talent competition at the local club he soon finds himself working the comedy circuit. Audiences can't get enough and applaud Danny as he effortlessly morphs into Muhammad Ali, Tommy Cooper and Frank Spencer; eventually hitting the big time on TV, an unheard-of achievement for a young black boy. But an unscrupulous agent takes advantage of Danny and forces him to star in a show, which even by Seventies' standards, was a byword for racism - The Black And White Minstrel Show. Danny hits rock bottom.

Having made his name by becoming other people, Danny has to save himself by finding out who he really is.

Danny & The Human Zoo is a drama about a kid trying to make it big. It's a high-energy, nostalgic period piece about the decade we love to hate, and its music, fashion and television.