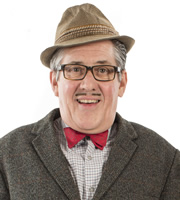 Count Arthur Strong, a 70-something faded variety star, still believes he's in showbusiness. Ever optimistic, Arthur goes through life ready to try anything to make a few quid - and ready to give a performance whenever he feels he has an audience. Unfortunately he's not very good at either and his efforts usually end in chaos. 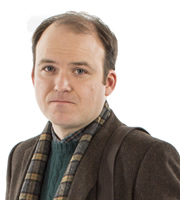 Michael grew up hardly knowing his father, comedian and 'King Of Saturday Night' Max Baker... and now that his father is dead, Michael has been asked to write a biography about him.

Shy, bookish and quiet - Michael's need to research his Dad's life leads him to spend time with Arthur - and exposes him to quite a different life. 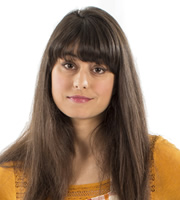 Sinem runs the café along with her elder brother Bulent, but it's not really the life for her.

Smart as a whip and with a devilish sense of humour, she stands up to her brother and is the smiling face of the café. She puts up with Arthur's eccentricities with good grace and looks after elderly Katya and eccentric Eggy.

Could she be developing a thing for Michael? 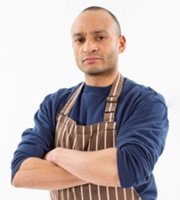 Bulent is the irascible Turkish owner of Arthur's local cafe. He is a man with a fiery temper who seems to dislike everyone.

Bulent runs the café with his younger sister Sinem, and this café is at the heart of the series and Arthur's main stage. Bulent puts up with Arthur... but only just. 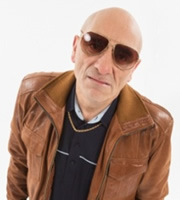 John the Watch is an enigma. Part of the furniture of the café, he almost never removes his tinted shades.

A close friend of Arthur's, little is known about John beyond these facts. 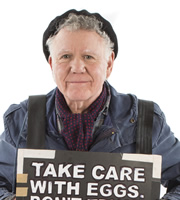 Eggy is obsessed with eggs for reasons known only to himself. Distrustful of reality, he has found solace in various conspiracy theories. He is a quiet, gentle and somewhat melancholy presence in the cafe. 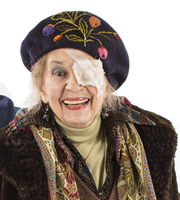 She always sits at the same table in the café and eats only soup - she is very much part of the café furniture.