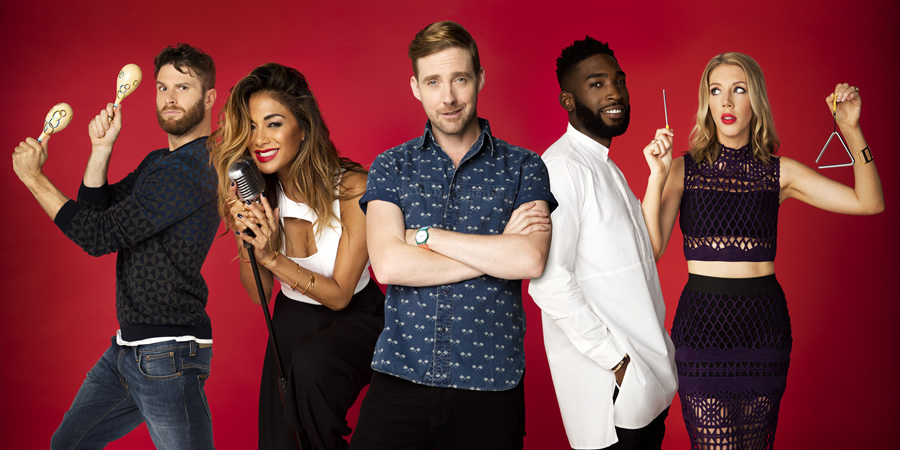 Bring The Noise is a music and comedy show with a stellar line-up.

The show sees Ricky Wilson in his first role as host, with Nicole Scherzinger and Tinie Tempah as team captains, alongside comedians Katherine Ryan and Joel Dommett as regular panellists throughout the series.

Bring The Noise, is a bold and fresh mid-week comedy-entertainment show with unmissable live musical performances from chart-toppers, celebrity guests and comedians.

While Ricky presides over proceedings as host, Nicole and Tinie head up two teams of three. Their guests each week take part in rounds involving music trivia questions, games, and musical set pieces, which include spoof video parodies and mash-ups. The last round of each show sees the teams compete in a musical performance battle.

There's also the chance for fans to get even closer to their idols and participate in some of the funny games.

In addition, a house band performs throughout each programme, with surprise guests joining them along the way.

Following the episode, fans can enjoy Bring The Noise: The Green Room, hosted by Poppy Jamie and comedian Rhys James, on demand. As well as featuring interviews with the celebrity panellists and their weekly guests, the fun continues with more games, quizzes, wacky challenges and backstage dares.