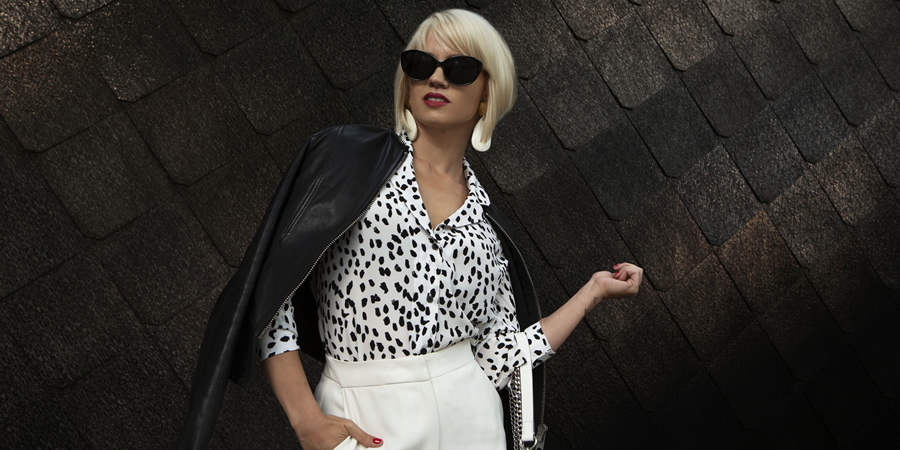 Kimberly Wyatt - dancer, former Pussycat Doll and Taking The Next Step judge - stars in Almost Never, CBBC's comedy drama following a young boyband trying to make it big in the music industry. She plays powerful and ruthless manager Sasha Small in her first key role as an actor.

Tell us about Almost Never.

Almost Never is about a group of young hopefuls fresh off a talent show and their experience trying to make it in the music business which has its many ups and its many downs. I play Sasha Small, a cold-hearted manager, who really puts the kids through their paces.

I think it's pulling the comedy from such dramatic situations, I think that's my favourite part of it. As well as just really seeing the struggle of what it takes to make it. You see all these shows like X Factor and you see these people win, but you never really get an insight into what it might be like for them afterwards. I think being able to go along that journey with the kids and the experiences that they have afterwards is pretty amazing.

Were you able to draw on your own personal experience of working in the music industry?

So much so, yes! There were so many times when I felt like I was almost recreating moments and experiences from my life in the music industry. Which is great, it's probably something every actress hopes for; it's very much method acting! It was incredible.

Did it bring back specific memories?

It did bring back memories, it was almost therapeutic because it was probably some of the roughest of times which I found coming up within Almost Never. It was nice to shine a light on that by playing a role which is much more fierce and sassy than I am as a person. To be able to pull on those experiences and put them into such a character and almost, at the back of my mind make fun of those situations, it was quite therapeutic to let it go.

Is it harder for young bands nowadays to 'make it' in the music industry?

Yes and no. I think as far as record labels are concerned, it's extremely hard. You've got to do at least three fourths of it on your own by gaining the exposure, gaining a platform, gaining an audience before many labels will take you seriously. Whereas back in the day it was about finding the ones that hadn't been discovered yet and building them as brands. On the flip side of that, there are so many ways to get yourself out there, that you can do it on your own and so many bands are doing it on their own anyway. It's pretty tough.

How did you find working with the young actors in Almost Never?

They're such talented kids and to see them show their talents, deliver lines and live as their characters was just fantastic. I feel so grateful to have been surrounded by such an amazing cast.