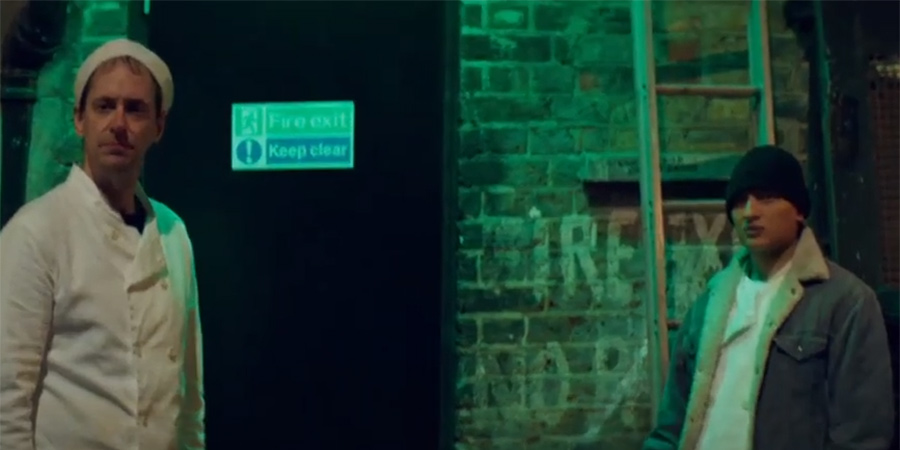 Sitcom project focuses on two chefs on their break

Al and Avi are the Alleyway Chefs - those guys you see round the back of restaurants, chef's whites on, enjoying their cigarette break. It's a precious moment of pause in a hectic day. These particular guys are stuck in a rut and yearning for something, anything, to happen, chewing the fat and reflecting on the death of their potential. Wide-eyed Al is the dreamer, yearning for love and still waiting for his big break, and Avi is the cynical realist, there to remind him that his dreams may not become reality. When a woman shows up in the alleyway ready to escape her unhappy relationship, the guys sense an opportunity - but will they take the plunge?

Creator Craig Ainsley says of the YouTube video released: "It's a pilot for a series where each episode lasts the length of a cigarette break and plays out in real time. Five minutes or so when the busyness is paused and you have a moment to consider what the hell you are doing, and you're in Soho where you could bump into any kind of character or creature."