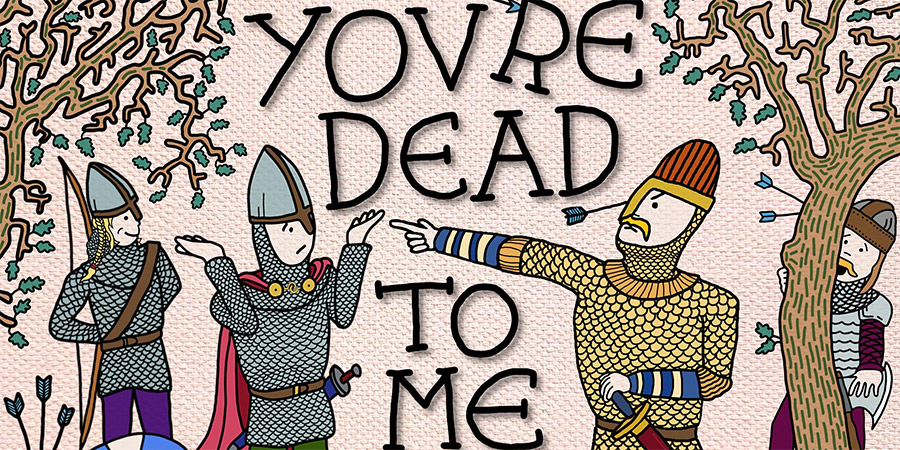 You're Dead To Me

Beginning as a podcast in 2019 and later airing on BBC Radio 4 in 2020, You're Dead To Me is a history podcast for people who don't like history - or at least people forgot to learn any at school.

Each episode Greg Jenner is joined by a historian and a comedian to look at a different historical topic. They begin by asking: "So what do you know?", in which they go through what most people will know about the subject, before Greg and his guests discuss the topic in depth. Afterwards Greg's historical guest gets to talk about one particular aspect of the topic in question, uninterrupted, for two whole minutes, in a segement called "The Nuance Window". Finally, the comic guest is asked: "So what do you know now?" and are given a quick-fire 10 question quiz on what they have learned.

Topics covered in the show have included the Aztecs, the history of football, LGBTQ history, the ancient Olympics, the Mughal Empire.

The radio broadcasts are edited-down versions of the original podcasts.

Tagline
A history podcast for people who don't like history, or at least people forgot to learn any at school.
Production company
Laugh track
None