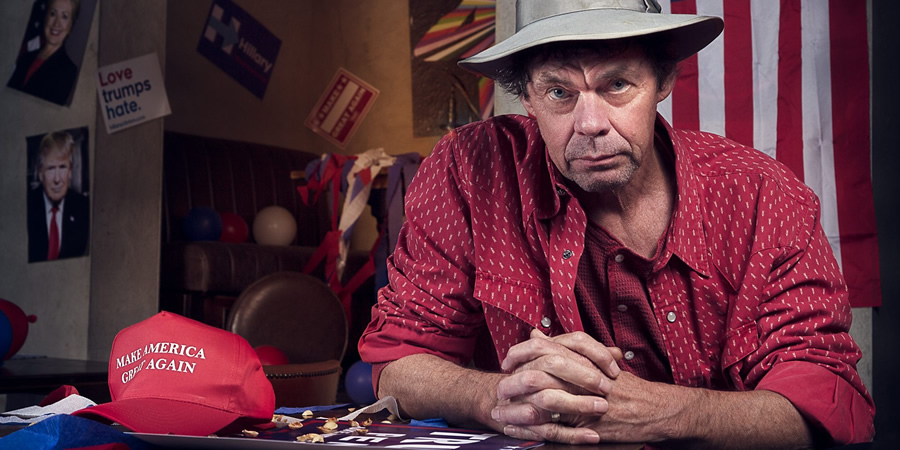 This show started with multi award-winning comedian and US Citizen Rich Hall following the closing stages of the 2016 US Presidential race, offering an acerbic look at the electoral system and the two candidates vying for the most important job in the world.

A combination of stand-up, sketch and interview, Rich Hall's (US Election) Breakdown was broadcast 'live' from the fictional IBBC network in Washington to the whole of the United States.

The show now continues as a general look across the pond at the current state of US Politics.

Rich and his producer Nick Doody take calls from every corner of the United States to hear the concerns of voters, offering their take on the issues troubling the American electorate.