DAB radio station Union JACK has commissioned some new comedy features and shows, as it continues its drive to position itself as "the home of British comedy on the radio".

Launching on 6th May, Pundays will be a regular weekly feature on the station on Mondays, in which listeners are invited to flood the station with puns based around a specific British topic. Submissions will be taken via the Union JACK phone app.

The strand will be hosted by Colin Leggo, the stand-up comedian who won the UK Pun Championships 2019.

One Night Stand With Jericho Comedy

From 9th May, the station will also broadcast One Night Stand With Jericho Comedy, a weekly stand-up show recorded at Oxford's Jericho Comedy club.

Broadcasting on Thursday nights at 7pm, the show will broadcast the club's full line-up of comedians.

The new series will broadcast every Friday at 7pm starting on Friday 19th April. The first series is available now on all podcast platforms.

Oxfordshire-based Union JACK can be heard on DAB radio, via their mobile app, or online at unionjack.co.uk

"Recommissioning Josh Berry's Fake News was also a no-brainer, as this young impressionist is destined for great things - a recent impression of his was watched by over 1 million people on Twitter and at Union JACK, we recognise and support his ambition." 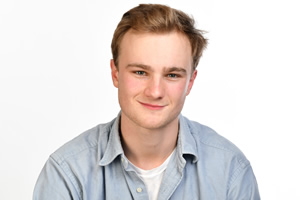 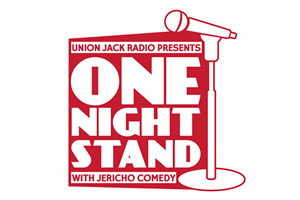 One Night Stand With Jericho Comedy