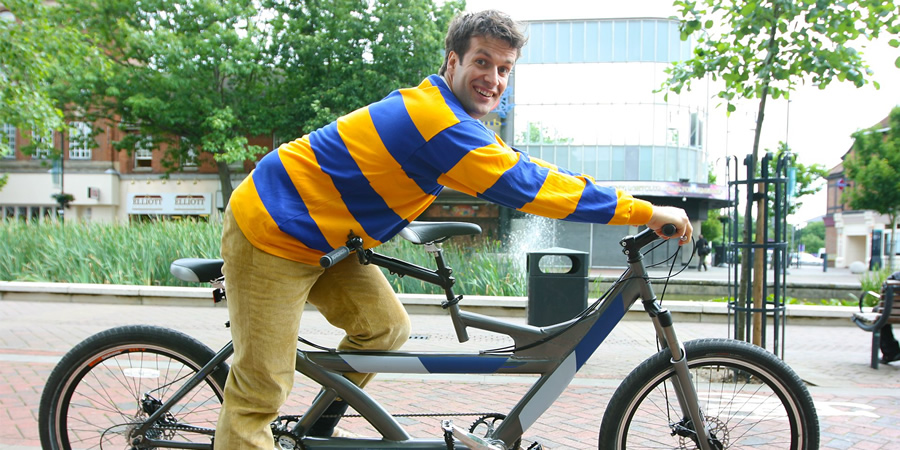 Giles is a nice but rather dim upper-middle class ex-public school boy who records his adventures on his portable digital recorder as he travels around the world. Naive Giles rarely realises when things are going wrong (disaster and Giles follow each other around hand-in-hand), but listeners can hear the damage and offense the young man inadvertently causes with every step he takes.

Giles has managed to break the famous Terracotta Army, kill a very rare bird, accidentally lead a revolution in Cuba, bankrupt a Japanese financial institution, cause widespread offence at the World Cup, and much more.

In Series 4 Budleigh Salterton's most famous citizen was grounded by both the Home Office and his father, so he's set up GWH Travvel - two ms, two gs, two vs (a bit of a mix up at the printers).

Run from his bedroom in Budleigh Salterton, with the help of his long-suffering former Primary Schoolteacher Mr Timmis and the hindrance of his sister Charlotte, it's a one-stop Travel/Advice/Events Management/Website service, where each week, his schemes range far and wide - whether it's roaming the country lecturing would-be overlanders on how to pack a rucksack ("If in doubt, put it in. And double it"), or finding someone a zebra for a corporate promotion ("I'll look in the Phone Book - how hard can it be? Now, "A to D".....), GWH Travvel stays true to its motto - "We do it all, so you won't want to".