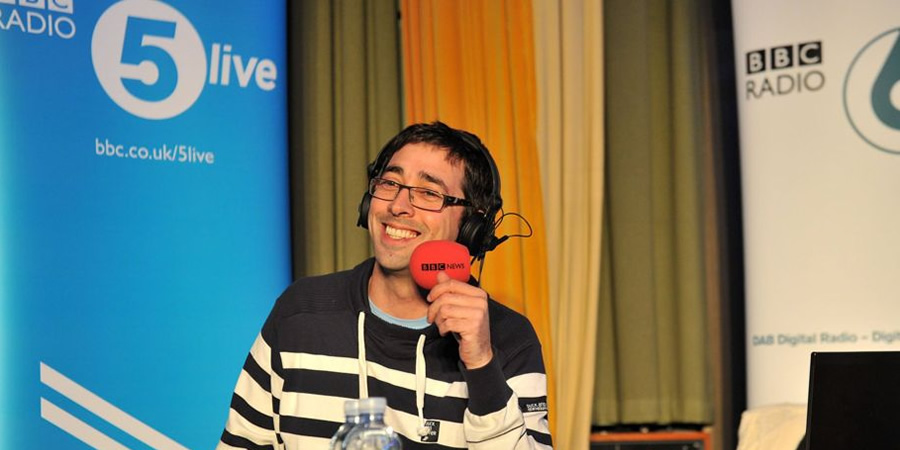 Long-running panel show on Radio 5 Live focusing on the volatile world of sport. Four guests join the host to chat about the week's stories

Fighting Talk is a sports-based panel game in which guests debate the biggest sporting issues of the week.

Each show features a range of guests from different sports being asked to debate a range of topical issues. Points are awarded for informed comment, wit and passion but taken away for ridiculous comments and answers lacking in conviction.

The top two scoring panellists go head to head in the final round of 'defend the indefensible' where they must defend an unpalatable comment for twenty seconds, however outrageous or distasteful.

The show was originally hosted by Johnny Vaughan, then Christian O'Connell, and then - for many years - Colin Murray.

For the 2013-2014 series Christian O'Connell was back in the host's seat, with Matt Johnson and Jonathan Pearce also regularly hosting. From August 2014 until August 2016, Josh Widdicombe and Georgie Ainslie (nee Thompson) took turns to host the show.

With Josh Widdicombe and Georgie Ainslie busy on other projects in the autumn of 2016, Colin Murray - who had just quit his TalkSport radio show - returned as host in September 2016, a position he continues to still hold now.

Production company
Also known as
Soundtrack
The theme tune is Sabotage by Beastie Boys, which has evolved over the years.
Laugh track
None