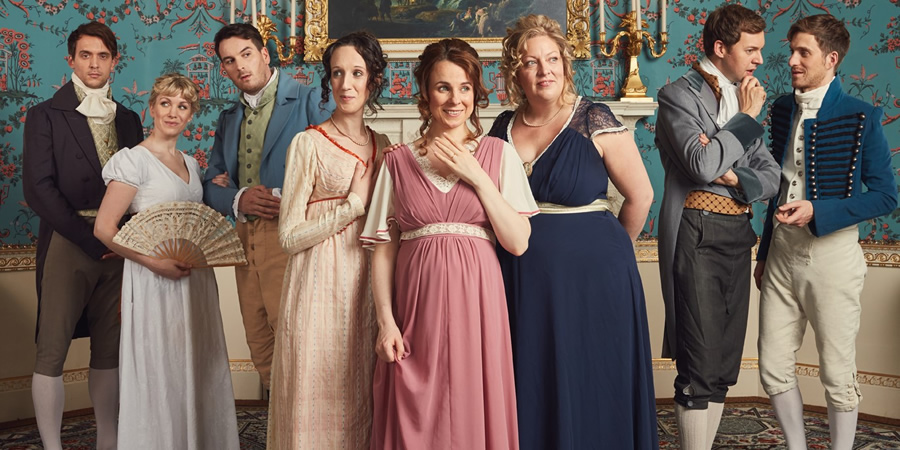 Austentatious is the entirely improvised, entirely brilliant Regency comedy extravaganza! Each night the all-star cast improvise a brand new 'lost' Jane Austen work on the spot, based on nothing more than a title suggestion from the audience.

Previous masterpieces include The Sixth Sense and Sensibility, Mansfield Shark and Double 0 Darcy. No two shows are ever the same - and no knowledge of Austen is required. Performed in period costume, with live musical accompaniment.

The group bring their unique improv show to Radio 4 for a one-off special to mark the bicentenary of the death of Jane Austen.

In 2019, the group returned for a Christmas special.