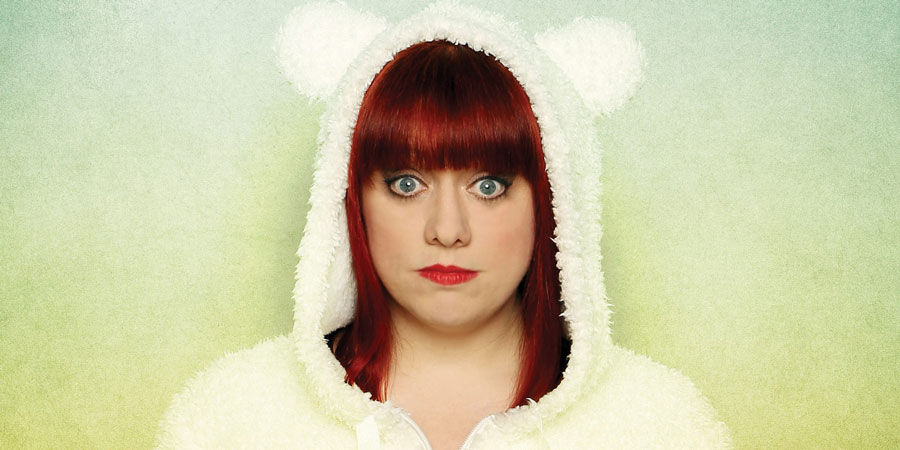 Angela Barnes: You Can't Take It With You

Stand-up series from Angela Barnes. Based on her critically acclaimed debut show at the Edinburgh Fringe 2014, You Can't Take It With You, Angela shares the big stuff she's thinking about: life, love, family, work and death.

The 4 episode series is in part tribute to her late father, an enormous character - (he was a sex shop manager, naturist, and a big fan of caravans and pranks), and a heavy influence on Angela who taught her a 'carpe diem' approach to life. His motto: "You Can't Take It With You".

When her father died, (very suddenly in 2008, and the reaction to which was the catalyst that drove Angela to pursue her career in comedy), Angela and her family proved him wrong and stuffed his coffin with sentimental keepsakes for his final journey.

In this series, Angela does the very same thing and asks her loved ones to nominate objects that they would choose to send on with her as mementoes of their time together, which she keeps in a "suitcase full of memories" and will act as prompts for episodes of warm and captivating stand-up.