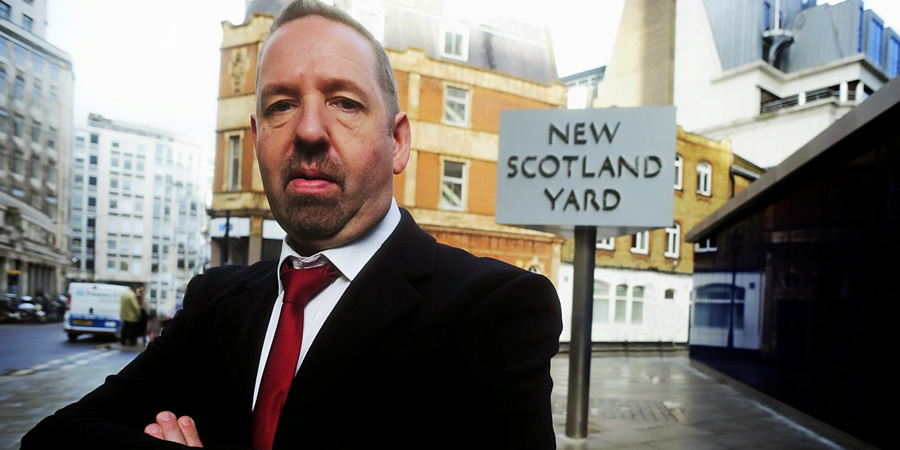 Alfie Moore: It's A Fair Cop

Former police officer and stand-up comic Alfie Moore presents this show in which he asks his audience what decisions they'd have made in a real life case that he has dealt with.

After swearing in his audience as police officers for one day only, Alfie takes them through one case as it unfolded and asks them what they'd have done in his shoes.

Along the way he spills the beans on what it's really like to be one of Britain's finest, tells us some great anecdotes about the law breakers and makers that he's come across, and gets his studio audience to divulge secrets about their own, sometimes less than strictly law-abiding lives.