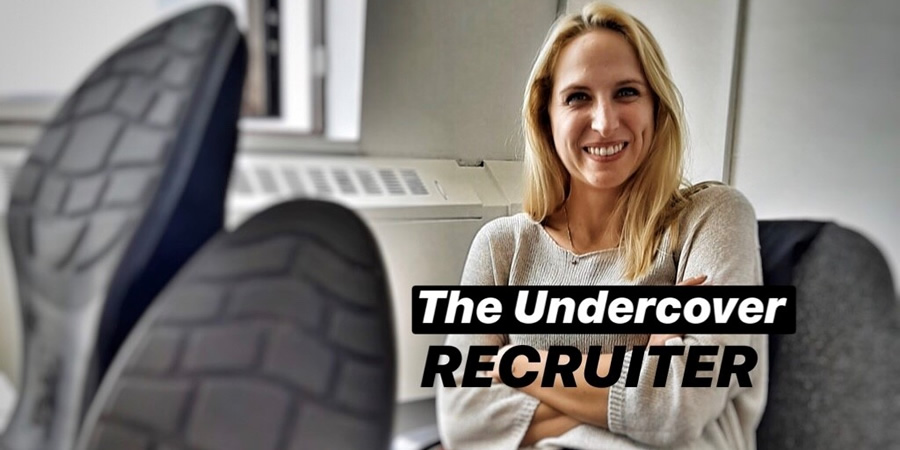 How we made Instagram's first sitcom

Comedians Tom Goble and Ant Craven have created The Undercover Recruiter, a social media account which is billed as the world's first Instagram sitcom. Launched in July 2019, it runs daily until Christmas 2019, telling the story of Tash and her daily grind working in a job she hates, with awful colleagues.

We caught up with Tom and Ant to find out more... 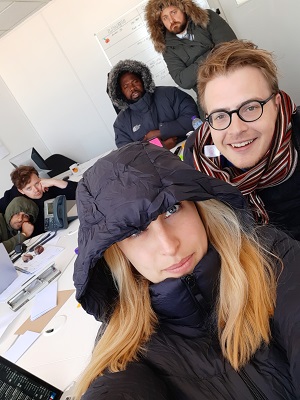 Tom: It's an inescapable fact of life these days, that at some point at the beginning of our careers we'll do an awful stint in a job we hate. We wanted to create something that spoke to that - doing a job you hated with people you hated - I have done several stints in sales.

Ant: And I'd worked in recruitment and hated every minute. Our experience was that these were unregulated, macho, boys' clubs where fist fights and sexual harassment were commonplace - and we wanted to shine a light on that. People know that recruiters are the annoying people they get calls from but not what is happening behind the scenes.

Tom: We had developed a 30 min TV sitcom script with a few indies last year but eventually they didn't go for it. Separately, we'd been discussing writing something which we could make interactive through using social media. Something whereby viewers could interact with the protagonist, and maybe even help to shape the content as it went along. Having always been drawn to the blurred lines between truth and fiction in mockumentary, this seemed to take that a step further. If we never explicitly said it was scripted, would people think it was real?

How did you write it?

Ant: Adapting a 30-minute sitcom to 6 months' worth of material took a bit of work and Tom accumulated a lot of points on his Costa card.

Tom: Initially, we sat down with a calendar for the period of time we wanted The Undercover Recruiter to span (6 months, from July 1st 2019) and tried to fit the material we had already into that timeline. It showed us the places we needed to get to, and the journey the characters needed to take and also how long they had to get there.

Ant: Normally when you write a sitcom your story develops, and characters and relationships evolve offscreen (in between scenes or in the gap between episodes or whatever) but here, because we're releasing content everyday, you could see that happen gradually and truthfully in real time.

Tom: Someone doesn't have to fall in love with someone in 30 minutes, with this project, they could do it over 6 months, and that was incredibly exciting, and it felt very honest and real.

Ant: Writing like this does present a few headaches. Tash (our protagonist) is filming everything herself for her Instagram account, so we can only see stuff that she herself has seen and filmed. We can't therefore move the narrative on by having characters talking about her behind her back, and at other times characters would clam up if they had a camera in their face, so we have to find ways of her filming secretly or undercover. 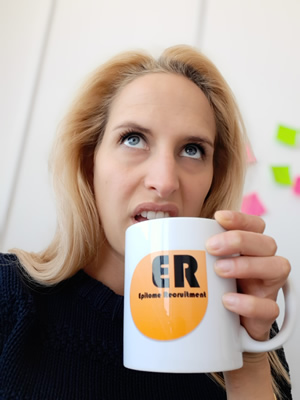 How was it filmed?

Ant: It was shot on a phone that was bought specially for The Undercover Recruiter (a Samsung A50 in case anyone cares) which was chosen for lots of reasons, not least the quality of the camera and in camera editing.

Tom: The vast bulk of the material was filmed across a 4 day shoot in the summer in the office, with an extra day or two for exteriors. Additionally we also got the cast together a couple of times film extras which allowed us to react quickly to events like extreme weather or news, so that it continued to feel very current.

Ant: Our cast, as well as being brilliant, also need to be strong improvisors. For every scene we filmed, off-camera there needed to be 4 other scenes taking place that could be heard but not seen. There provided the soundtrack of The Undercover Recruiter. That hustle and bustle that is in every office - 99% of that came from the cast and is brilliant and vital.

Tom: It's a weird quirk of filming like this, but our lead Tash (played by Michelle Fahrenheim) isn't very often on camera. Frequently she's pointing it at her colleagues, but she's always present behind the camera, and through her laughter or improvised comments off camera, and sometimes even just her breathing, she completely smashed it.

How is it put out?

Ant: I'm unreliable, so Tom has the phone with him at all times; he treats it like his own child -

Tom: I upload videos throughout the day, every day. I've a TV producer as a day job, so have constantly having to dash off to make 'an important call' or something to go post a video! The trick is trying to ensure the stories are uploaded when Tash would upload them, so all day basically!

Ant: We've used some of Instagram's features like the ability to conduct polls or be ask questions live. The audience has loved getting involved like that and we can then respond in real time so that the followers feel at the heart of a 'live' narrative.

What's the reaction been? 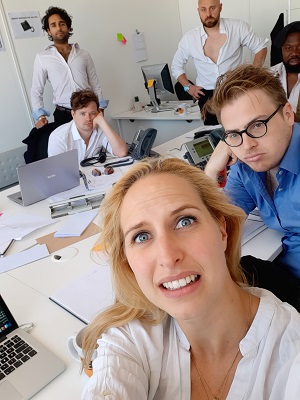 Ant: It's been amazing! We had no idea what to expect, the whole thing could have been an absolute fiasco that crashed and burned.

Tom: It started to pick up pace very quickly. Recruiters were sharing it on LinkedIn thinking it was real, and the followers steadily grew which was great.

Ant: The account gets a constant stream of comments and direct messages. Viewers have written to Tash and said "I watch this every evening on my commute", or "we all watch it together during our lunchbreaks" or "I always leave it to the end of the day and watch it in bed".

Tom: People have also got in touch to complain about certain moments. Tash deals with some harassment (that was very similar to something I witnessed when I worked in sales) and there's been some really brilliant support for that storyline, in terms of people having experienced similar things, and others suggesting ways in which we should be developing the narrative to make sure the harasser gets a proper comeuppance.

Ant: That's been so interesting - to immediately get feedback on every part of the story.

What next for The Undercover Recruiter?

Tom: Well, ideally it would have more life but that's up to the fans in a sense. The ultimate vision would be to have a conventional sitcom running yearly (6-8 episodes), whilst still maintaining the daily stories via Insta.

Ant: For example, Peaky Blinders Series 5 has just finished and viewers will have to wait until 2021 until they next see the characters they love. With our concept, they get to maintain these relationships and spend time with these characters every day

Tom: We love these characters, so, let's see.

Check out The Undercover Recruiter at instagram.com/theundercoverrecruiter