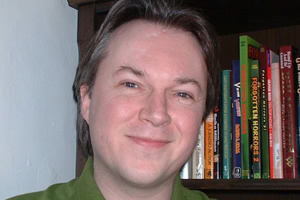 Official Carry On historian Robert Ross is on the road with a stage show talking about and celebrating the films in their 60th anniversary year.

Frankie and Benny: A remembrance

On his 100th birthday, comedy historian and biographer Robert Ross reflects on the legacy of screen legend Sid James.

Robert Ross, the author behind a number of books about British comedy, is hoping to use crowd-funding to launch a new project called Forgotten Heroes of Comedy. We talk to Robert to find out more.

The star turns who entertained us for 60 years

This year's 60th anniversary celebrations of the Carry On films have been clouded by the deaths of stars Fenella Fielding and Liz Fraser, not to mention Blake's 7 tyrant Jacqueline Pearce and Broadway baby Carole Shelley - also valued members of the Carry On family.

The actor Liz Fraser, who has died aged 88, specialised in comedy in a career that stretched from cough and spit parts in 1950s Ealing Studios films to a guest star suspect in the latest series of Midsomer Murders (2018). She also worked with Tony Hancock and Sid James, and starred in the classic I'm All Right Jack (1959) with Peter Sellers, but her long and varied career was almost inevitably overshadowed by her membership of the Carry On team.

Not quite everyone was glued to the football last night. Though some audience members clearly managed to divide their attention between the comedy gig launching the Great Yorkshire Fringe and events at the Otkritie Arena, given how quickly news of Colombia's late equaliser spread around the room.

Robert Ross has written books on the Carry On films, Fawlty Towers, Marty Feldman, The Goodies, Benny Hill, Frankie Howerd, Sid James, Monty Python - the list goes on and on and on. But his latest book Forgotten Heroes of Comedy is not being handled by a 'traditional' publisher. It is being 'crowd-funded' by Unbound.

Ever heard of Charley Chase? What about Jake Thackray, Gladys Morgan or 'Monsewer' Eddie Gray? You don't remember them, do you? Comedy historian Robert Ross is hoping to pay tribute to some of the funniest, most fascinating and forgotten names in comedy in a new book.